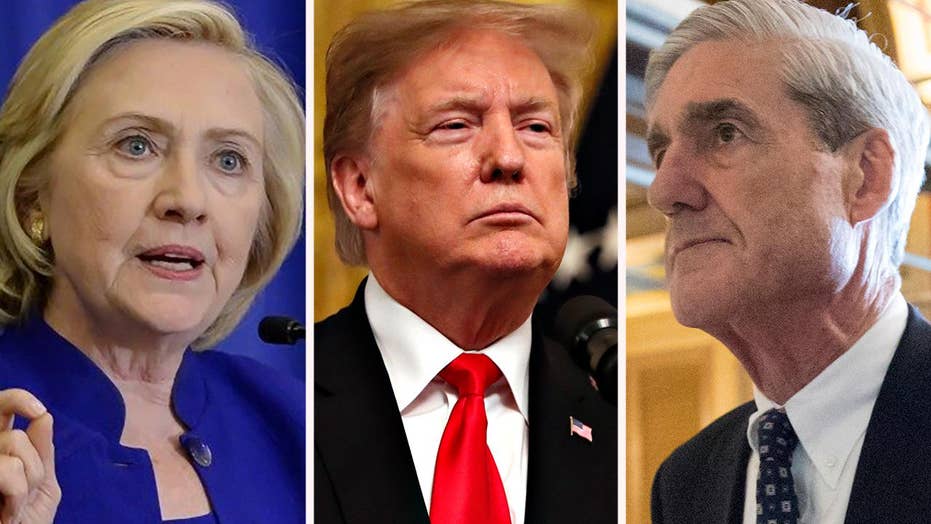 The Democratic National Committee has been hit with a Federal Election Commission complaint that accuses a former DNC contractor of acting improperly to gather information on Paul Manafort and Donald Trump in the 2016 election, according to a copy of the complaint given to Fox News.

The complaint, filed by the pro-Trump Committee to Defend the President, hinges on the work of Alexandra Chalupa, a contractor hired by the DNC during the 2016 election. The DNC, the complaint alleges, “tasked Chalupa with obtaining incriminating or derogatory information about Donald Trump … [and] Paul Manfort.”

In May, Fox News reported that the UkrainianEembassy confirmed that Chalupa had pushed for Ukrainian officials to publicly mention Manafort’s financial and political ties to the country. The disgraced former lobbyist is currently serving more than seven years in prison for financial fraud related to his work in Ukraine.

Chalupa, according to the complaint, sought to have the Ukrainian government provide her information about Manafort’s work in the country. She was encouraged by the DNC to meet with former Ukrainian President Petro Poroshenko to gain insight that would theoretically boost Hillary Clinton’s bid for president.

“The White House has been pushing this narrative to distract from Donald Trump’s gross abuse of power in pressuring a foreign country to interfere in our elections. No one is buying it.”

“The embassy got to know Ms. Chalupa because of her engagement with Ukrainian and other diasporas in Washington, D.C., and not in her DNC capacity,” said former Ukrainian Ambassador to the U.S. Valeriy Chaly in a statement. “We were surprised to see Alexandra’s interest in Mr. Paul Manafort’s case. It was her own cause.”

Ken Vogel, a New York Times reporter who wrote about the story for Politico in 2017, tweeted that Chalupa wasn’t representing the DNC during her meetings with Ukrainian officials. That point is overlooked in the complaint, which alleges that acquiring something of value in a political campaign from a foreign government is a violation of campaign finance.

“The White House has been pushing this narrative to distract from Donald Trump’s gross abuse of power in pressuring a foreign country to interfere in our elections,” said Adrienne Watson, a spokesperson for the DNC. “No one is buying it.”

“It really comes down to the hypocrisy of the Democrats. It’s the same thing they’ve been doing year in and year out. … It’s that kind of hypocrisy that I think really frustrates Americans.”

Backer is listed as the treasurer for the Committee to Defend the President PAC, the organization behind the complaint, on the Federal Election Commission website. Backer said the Chalupa complaint has been on his radar for some time, and this seemed a good time to file – given the recent impeachment inquiry against Trump undertaken by House Democrats.

“It really comes down to the hypocrisy of the Democrats,” Backer said. “It’s the same thing they’ve been doing year in and year out. … It’s that kind of hypocrisy that I think really frustrates Americans.”

The complaint, like his others, will likely be stuck in limbo for the foreseeable future as the FEC doesn’t currently have enough commissioners to legally meet – rendering it toothless. After the resignation of former Vice Chairman Matthew S. Petersen in August, the agency is left with just three commissioners, one short of a quorum and three short of a full roster.

“It’s abundantly clear that they only care about breaking the rules when they can point their fingers at somebody else that they think is doing it,” said Backer.