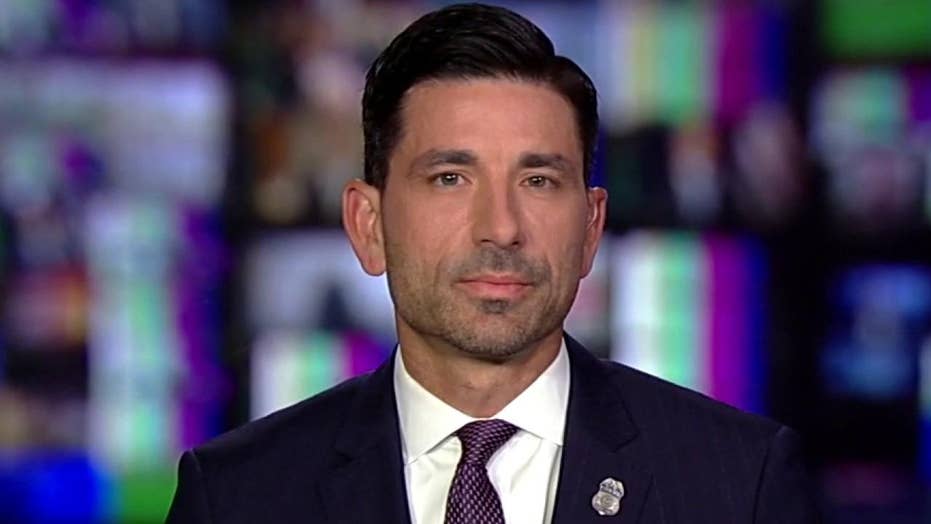 Chad Wolf, acting secretary of the Department of Homeland Security, offers an update on migrants at the southern border and reacts to an illegal immigrant charged with the murder of a 92-year-old woman in New York City.

Acting Homeland Security Secretary Chad Wolf tore into New York City officials on Friday for releasing from custody an illegal immigrant who allegedly then sexually assaulted and murdered a 92-year-old woman — a horrific crime that has led to fresh concern about the city’s controversial “sanctuary city” policy.

“It’s a completely preventable tragedy. Had they honored the [Immigration and Customs Enforcement] detainer this would never have happened,” Wolf said on “Fox & Friends.” “So if they'd cooperated with ICE officials, the individual would never have been let out, wouldn't have committed this crime and we wouldn't even be talking about this.”

“So if they would just cooperate in the first place it wouldn't even be an issue,” he said.

Reeaz Khan, an illegal Guyanese immigrant, is accused of attacking Maria Fuertes as she walked home on Jan. 6. Fuertes was reportedly found at 2 a.m. in 32-degree weather and near death on a sidewalk with her clothes pulled above her waist. She was taken to a hospital, where she died from injuries that included a broken spine, according to The New York Post. The Post cited law enforcement sources who said she had been sexually assaulted and strangled.

The case has again highlighted the dangers of “sanctuary city” policies in which local jurisdictions refuse to comply with detainers issued by federal immigration authorities. Those detainers are requests that ICE be alerted when an illegal immigrant is about to be released from custody so that they can be transferred to ICE custody and go through deportation proceedings.

ICE had issued a federal immigration detainer on Khan in November when he was previously arrested on assault and weapons charges. The NYPD ignored the detainer and Khan was released. Mayor Bill de Blasio claims that not honoring detainers makes the city safer, noting that there are serious crimes where the city will cooperate with immigration authorities. 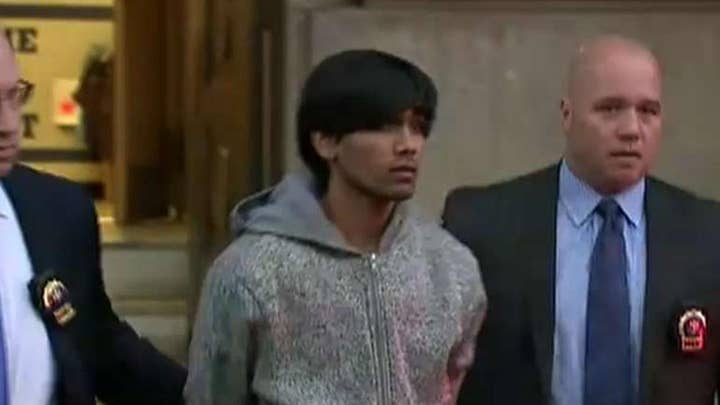 “The Trump administration’s scare tactics destroy trust in law enforcement,” he tweeted earlier this week. “The day our police ask for immigration status is the day people stop reporting crimes & sharing information. It’s the day we stop being the safest big city in America. We won’t let that happen.”

But Wolf brushed off that claim, saying that sanctuary city policies put communities and law enforcement in danger.

“What this does, the only sanctuary it provides is to criminals,” he said. “It makes those communities less safe, it also makes ICE and law enforcement officials less safe so instead of picking up an individual in a confined jail setting, they have to go into communities to knock on doors and the like.”

“It's very hypocritical for them to say that, if they would just have honored the ICE detainer to begin with, we wouldn't even be talking about this,” he said.

Earlier, Wolf faulted a number of laws passed by liberal lawmakers in New York that he said made things harder for law enforcement.

Among them, he cited New York State’s Green Light Law, which grants driver's licenses to illegal immigrants, but also limits the amount of information that immigration authorities can get from Department of Motor Vehicles. Wolf said that authorities use that information every day to build cases against criminals and terrorists.

“It’s very, very dangerous once jurisdictions and politicians put politics above public safety,” he said. “We’re trying to do everything we can to battle that, but it is an uphill battle.”