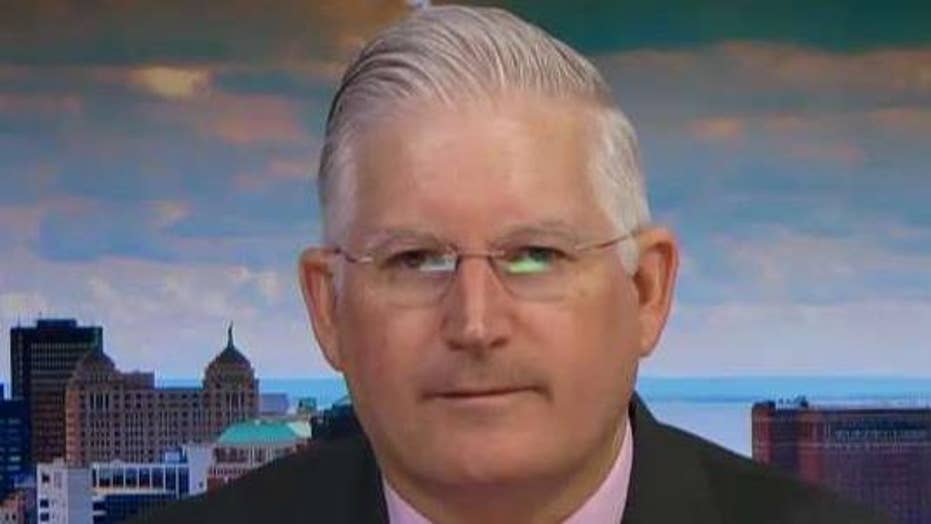 Kearns speaks out for the safety of his constituents.

Illegal immigrants in New York will able to obtain driver’s licenses starting next week after a last-minute legal challenge was dismissed -- making it the 13th state to allow the practice, but one that critics say is unconstitutional.

The Green Light Law, signed by Democratic Gov. Andrew Cuomo earlier this year, allows anyone to apply for a driver’s license regardless of immigration status and does not require a Social Security number.

Illegal immigrants can use a combination of documents that include a valid passport from a foreign country and a valid foreign driver’s license, as long as it has been expired for less than two years.

“After waiting 18 years to have their right to drive restored, thanks to our legislature, New York can now officially join 12 other states in making driver’s licenses legally available to all residents,” New York Immigration Coalition Executive Director Steve Choi said in a statement this week, arguing that it will make roads safer and the economy stronger.

"This is a major step forward for all New Yorkers as we keep building New York to live up to its full potential of equity, opportunity and justice," said State Sen. Luis Sepúlveda (D-Bronx). "We also look forward to the significant economic and safety benefits the law will bring to communities across our state."

"My concern is that, after 9/11, New York state put a prohibition on illegals having driving licenses and now with REAL ID in 2005 after we were attacked there will be a gap from today to Oct. 1 that anyone who is here illegally can get into a federal buiulding and can fly on our airplanes and cross our border," he said Saturday on "Fox & Friends."

According to the Wall Street Journal, the latest challenge by Rensselaer County Clerk Frank Merola was dismissed Friday after a judge ruled that he had not demonstrated a “cognizable injury” and therefore lacked the standing to sue. The judge warned, however, that the ruling shouldn’t be read as an affirmation that the law is “legal.”

“To the dissatisfaction of the parties and public-at-large, courts are at times unable to pass upon the merits of a case for one reason or another,” the judge wrote.

The Associated Press cited an estimate by the Fiscal Policy Institute that approximately 265,000 illegal immigrants in New York will get driver's licenses in the next three years, with more than half from New York City. 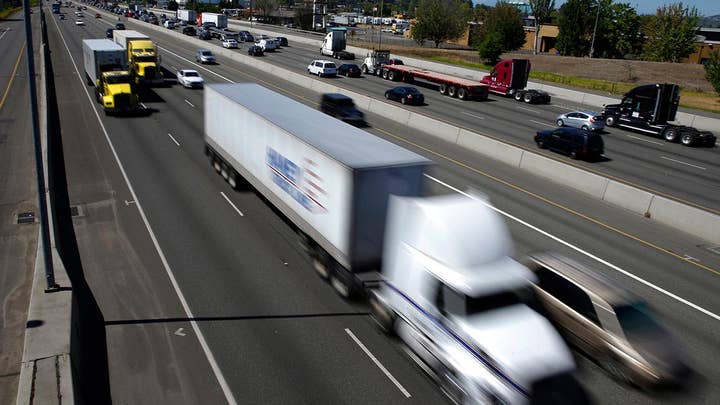 The Department of Motor Vehicles has been providing training and devices that can authenticate documents, although some clerks have warned that they are still not prepared for what may happen when the law goes into effect. Kearns said they have received only an hour-long webinar.

"I am now going to have to accept a report card from a foreign country and ... a foreign passport as authenticated documents. I myself as the clerk am going to have to do that," Kearns said. "We used to have to rely on a third party, the fed government, to do that so they have diminished a New York driver's license, and we are very concerned for our safety and security because western New York is a border to Canada."

The Cuomo administration has made it clear clerks cannot choose to disregard the law.

“Local officials, including the county clerks who run DMV offices, cannot choose which laws they like and which they will disregard,” Department of Motor Vehicles spokeswoman Lisa Koumjian said in a statement. “If a clerk is unwilling to follow state law, he or she should resign their office.”

Kearns, who has put up a sign in his office that features an anonymous Immigration and Customs Enforcement tipline, has promised to personally evaluate every illegal immigrant application. He believes the law is part of a broader power play by Albany that will ultimately lead to voter fraud.

"This is all a power grab for the ballot box in New York, trying to give illegals the right to vote," he said.