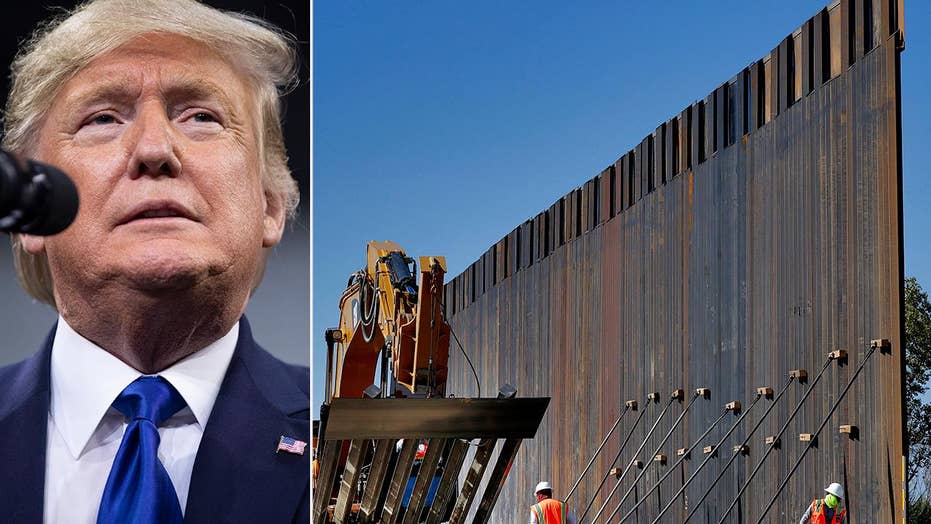 The Department of Homeland Security has requested assistance from the Pentagon to build 270 miles of a wall along the U.S.-Mexico border to combat drug smuggling, senior U.S. defense officials said.

The DHS request arrived at the Department of Defense Wednesday and will take about two weeks to assess its feasibility, the officials said. The officials, who briefed reporters on condition of anonymity, would not provide any cost estimates.

Under 10 U.S Code 284, the DOD is authorized to build fencing, roads and lighting as a counter-narcotic measure and to deal with drug smuggling. That includes assisting the DHS in an area that is considered a “drug-smuggling corridor,” as the DHS has declared the entire southern border.

The six sectors where the DHS has requested the DOD’s help with paying for the construction of a border wall are all on federal lands. Some of the sectors are reportedly in highly trafficked urban areas where existing walls or fences are “dilapidated,” according to the officials.

Contractors will do the actual building once assessment feasibility of the request is complete. The area that will be funded includes an estimated 270 miles.

The DHS request did not include a monetary request, though estimates are around $7.2 billion, which will come mostly from counter-narcotic funds.

Some $2.5 billion – including military construction funds – was allocated from the defense budget to build nearly 130 miles of border barriers.

The DOD will use its counter drug smuggling authority to help finance the border wall. There are currently more than 5,100 troops – half of which are active duty – serving at the border.

The request comes amid sharp divisions about the border wall between President Donald Trump and members of Congress who have opposed the use of military funding for the construction.

The border wall is one of Trump’s signature issues, and he has talked about building a “big beautiful wall” between the U.S. and Mexico since his early campaign days.

Earlier this week officials said the Trump administration was weighing whether to shift billions more in military funding to build the border wall. House Appropriations Committee Chairwoman Nita M. Lowkey and other lawmakers said the administration was planning to “steal” $7.2 billion in counter-narcotics and military construction funding to pay for the wall.

The Pentagon’s two-week review will asses if the request meets legal requirements and seeks feasible construction. Senior military leaders will review the impact on military readiness and the comptroller will identify potential funds. A final decision would be made by Defense Secretary Mark Esper.