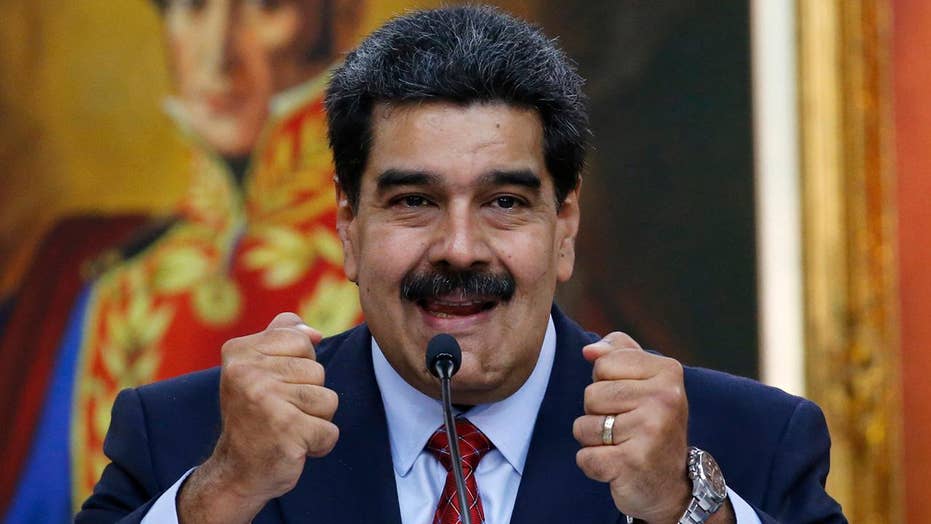 When can Venezuela expect ousted President Maduro to step down?

Several liberal Democrats are speaking out against the Trump administration's stance against Venezuelan socialist dictator Nicolas Maduro -- even describing the support for opposition leader Juan Guaido as a “US backed coup” -- despite bipartisan support elsewhere for the administration's actions.

The Trump administration announced last week that it was formally recognizing Guaido as the country’s legitimate leader, and this week announced billions of dollars in sanctions against Maduro and the state-owned oil company.

Republicans and some Democrats have backed Trump’s move, noting the appalling human rights conditions in the country as well as the dire economic situation fueled by Maduro’s socialist policies.

But despite the deepening crisis under Maduro, some left-wing Democrats suggest the U.S. stance here is tantamount to America's support for right-wing Latin American dictators in the '70s and '80s. Sen. Bernie Sanders, I-Vt., who ran in the 2016 Democratic presidential primary, criticized Maduro for wrecking the economy, attacking protesters and violating the constitution -- but expressed concern about U.S. actions.

“However, we must learn the lessons of the past and not be in the business of regime change or supporting coups – as we have in Chile, Guatemala, Brazil, and the Dominican Republic,” he said in a statement. “The United States has a long history of inappropriately intervening in Latin American countries; we must not go down that road again."

Rep. Tulsi Gabbard, D-Hawaii, who has a history of opposing U.S. intervention in places such as Syria, said the U.S. should “stay out of Venezuela.”

“We don't want other countries to choose our leaders--so we have to stop trying to choose theirs,” she said.

Freshman Rep. Ilhan Omar, D-Minn., went further than Sanders and Gabbard and accused Trump of trying to “install a far right opposition” as part of a “US backed coup.”

“A US backed coup in Venezuela is not a solution to the dire issues they face. Trump's efforts to install a far right opposition will only incite violence and further destabilize the region,” she said. “We must support Mexico, Uruguay & the Vatican's efforts to facilitate a peaceful dialogue.”

While the U.S. has a deeply controversial history in the region -- for instance, supporting Chilean dictator Augusto Pinochet who took power in a military-backed coup -- Maduro is backed by the military generals in Venezuela. Guaido, meanwhile, is the leader of the opposition-supported National Assembly, which supporters say keeps his claim in line with the country's constitution.

Sen. Marco Rubio, R-Fla, who has played a key role in building support for action in Venezuela, dismissed Omar’s claim that it was a U.S.-backed coup and described this as a constitutional process after an invalid election.

“When there's a vacancy in the presidency, the president of the National Assembly, which happens to be Juan Guaido, becomes the interim president, and in the next 30 to 45 days, he has to call for new elections,” he said on CNN’s "State of the Union" on Sunday, noting that it had the support of a number of other countries as well.

“So, this is not a U.S.-sponsored anything. This is us supporting the people of Venezuela who want their constitution and democracy followed. That's a fact,” he said. “If people choose to ignore it because they don't like Donald Trump, that’s silly.”

Liberal Democrats' opposition has clashed with Democratic leadership, which has been largely supportive of the administration’s actions so far. Senate Democratic Whip Dick Durbin, D-Ill., called Guaido and his colleagues “brave patriots” and said it was appropriate for Trump to recognize Guaido as the leader of Venezuela.

“I met with Guaido and many of his talented colleagues elected to the National Assembly during my visit. They are brave patriots who see a more hopeful and democratic future for the Venezuelan people,” he said in a statement. “That many of them had won their seats in areas originally won by Hugo Chavez spoke volumes of their potential to return Venezuela to the community of Latin American democracies.”

For that statement, Durbin was chided by Rep. Ro Khanna, D-Calif., who argued that the “U.S. should not anoint the leader of the opposition in Venezuela during an internal, polarized conflict.”

“Let us support Uruguay, Mexico, & the Vatican's efforts for a negotiated settlement & end sanctions that are making the hyperinflation worse,” he said.

That was subsequently retweeted by Rep. Alexandria Ocasio-Cortez, D-N.Y. -- who has emerged as one of the stars of the Democratic House majority’s freshman class.

The Wall Street Journal editorial board, in response, accused left-wing Democrats of offering support to Maduro, and noted sarcastically that Maduro was also being supported by “such notable democracies as Russia, China, Iran, Cuba, Turkey, Nicaragua and Hezbollah.”

“Incredibly enough, this is the socialist solidarity that America’s premier Democratic socialists are joining. Remember that when they say America needs socialism too,” the editorial said.

Fox News' Lucia I. Suarez Sang and Gregg Re contributed to this report. 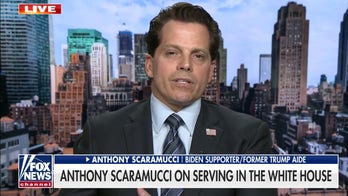