Former CEO of CKE Restaurants Andy Puzder says that capitalism is the only economic system lifting people out of poverty.

The Green New Deal remains a divisive issue for Democrats, after Senate Majority Leader Mitch McConnell, R-Ky. ramped up pressure on the party by announcing he is bringing the resolution to a vote.

The proposal, introduced by Rep. Alexandria Ocasio-Cortez, D-N.Y., and Sen. Ed Markey, D-Mass, aims to transform the U.S. economy in a bid to combat climate change. It came under intense criticism for an FAQ document that promised a job to “all people of the United States” – including those “unwilling to work” – and suggested air travel could be made obsolete.

Despite critics attacking some of the more headline-grabbing goals of the proposal, 2020 hopefuls have been quick to get behind the ambitious plan.

SEN. JOE MANCHIN SLAMS GREEN NEW DEAL: IT'S NOT A DEAL, 'IT'S A DREAM'

Sen. Kamala Harris called the Green New Deal “a bold plan”, Sen. Kirsten Gillibrand told supporters she is “committed to the entire framework” of the proposal, Sen. Elizabeth Warren co-sponsored the guidelines along with Bernie Sanders, and Sen. Cory Booker said he is “excited to support” the “bold action on climate change.”

However, there is a growing number of Dems willing to speak out against the wide-ranging proposal, including Sen. Joe Manchin.

The West Virginia Democrat blasted the deal as a “dream” during a CNN interview Wednesday night. 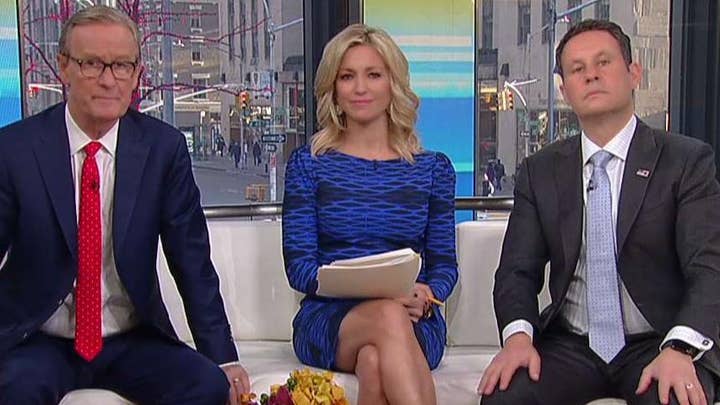 “The Green New Deal is a dream, it’s not a deal. It’s a dream. And that’s fine. People should have dreams in the perfect world what they’d like to see. I’ve got to work in realities and I’ve got to work in the practical, what I have in front of me,” Manchin told anchor Chris Cuomo.

“How do we bring on China and India and everybody else who are great users of carbon right now and polluters of carbon to be carbon-free also?”

Some of the other Democrats who have opposed, or remained noncommittal, on the plan, include: Sen. Dianne Feinstein, Sen. Doug Jones, Sen. Amy Klobuchar (who downplayed the deal as “aspirational” in a Fox News interview) and Sen. Tammy Baldwin.

“It will be one of several or maybe many suggestions that we receive,” Pelosi said in an interview with Politico.

“The green dream or whatever they call it, nobody knows what it is, but they’re for it right?”