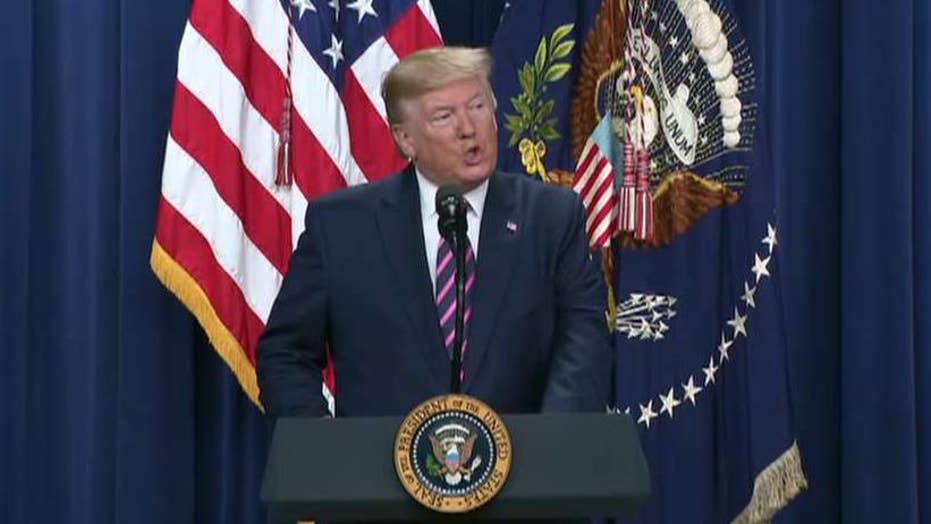 Can President Trump continue to count on support from evangelicals?

The lawyer for House Judiciary Committee Democrats revealed in a Monday court filing that there is a possibility lawmakers could pursue even more articles of impeachment against President Trump -- despite having already adopted two of them last week following a grueling, historic and bitterly partisan debate.

The prospect of additional articles -- while perhaps unlikely -- was floated as part of a court battle over Democrats' bid to compel testimony from former White House Counsel Don McGahn.

Shortly before a 4 p.m. deadline imposed by the D.C. Circuit Court of Appeals, the committee counsel filed a brief making their case for why they still want to hear from McGahn, despite having already voted for impeachment.

Democrats originally sought McGahn's testimony in connection with his claims to then-Special Counsel Robert Mueller’s team that Trump wanted him to have Mueller fired. Trump’s critics claimed this request constituted obstruction of justice.

While the Mueller probe never factored into the impeachment articles that were adopted, House Democrats' counsel Douglas Letter argued that McGahn's testimony is still vital -- and could even be relevant to "consideration of whether to recommend additional articles of impeachment" against Trump.

“If McGahn’s testimony produces new evidence supporting the conclusion that President Trump committed impeachable offenses that are not covered by the Articles approved by the House, the Committee will proceed accordingly---including, if necessary, by considering whether to recommend new articles of impeachment,” the brief stated, noting that they still have “ongoing impeachment investigations.”

The filing did not detail what potential additional articles could be considered, beyond the already-adopted articles alleging abuse of power and obstruction of Congress.

Regardless, the brief stated that even if McGahn’s testimony does not lead to new articles of impeachment, it could be used in an upcoming Senate trial -- which is on hold pending Speaker Nancy Pelosi transmitting the articles to the chamber -- in relation to the obstruction of Congress allegations that Trump is currently facing.

The White House has asserted longstanding executive privilege to bar McGahn from supplying documents and testimony to House investigators back when they were probing the Russia issue, saying internal White House deliberations must remain protected. The case was later tied into impeachment as the House Judiciary Committee, led by Chairman Jerry Nadler, D-N.Y., refocused on that inquiry. 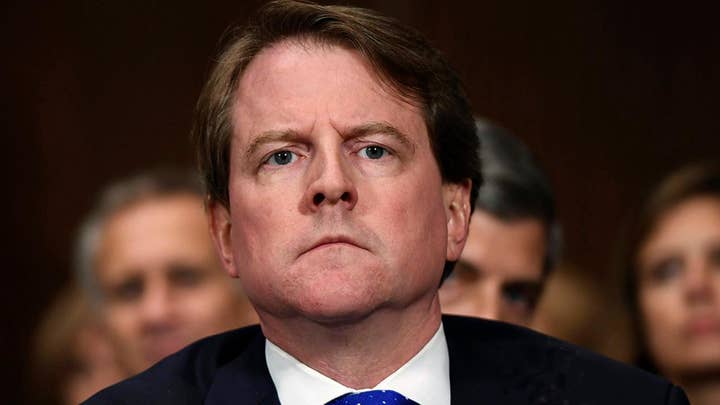 In an opposing court filing, the Justice Department claimed Monday that the McGahn case should be dismissed precisely because of its connection to the impeachment process.

"[T]he article of impeachment addressing purported obstruction of Congress relies in part on the judicial proceedings in this very case," the DOJ said in a brief submitted earlier Monday morning.

"Indeed, if this Court now were to resolve the merits question in this case, it would appear to be weighing in on a contested issue in any impeachment trial," the DOJ argued, before concluding that the court "should decline the Committee's request that it enter the fray and instead should dismiss this fraught suit between the political branches for lack of jurisdiction."

Alternatively, the DOJ argued that impeachment eliminates the committee's need for expedited consideration. The committee had previously claimed that "speedy judicial action is needed to avoid hampering the House's impeachment investigation," but the DOJ says this "justification no longer applies," so there is no need for anything to take place prior to the already scheduled Jan. 3 oral arguments.

The committee disagreed, citing the upcoming Senate trial and “ongoing impeachment investigations,” as well as the public’s “significant interest ‘in immediately removing a sitting president whose continuation in office poses a threat to the Nation’s welfare.’”

Both sides also faced late-afternoon deadlines in a separate case where the House Judiciary Committee is seeking the secret grand jury material from Mueller’s investigation. Such material is generally secret, according to the Federal Rules of Criminal Procedure, which specify certain exceptions including judicial proceedings.

In that case, DOJ lawyers told the court Monday that the House committee request for Mueller grand jury materials is no longer relevant, as the impeachment articles did not involve the Russia probe.

“Neither article of impeachment adopted by the House, however, alleges high crimes or misdemeanors stemming from the events described in the Mueller Report. Accordingly, nothing appears to remain of the Committee’s alleged need for the grand-jury materials in the Mueller Report,” their filing said.

In response, House Democrats claimed the grand jury material "bears on the current Articles of Impeachment and could accordingly be used in a Senate trial on those Articles, and because the Committee is continuing to conduct its inquiry into whether the President committed other impeachable offenses."

Fox News' Bill Mears and Gregg Re contributed to this report.