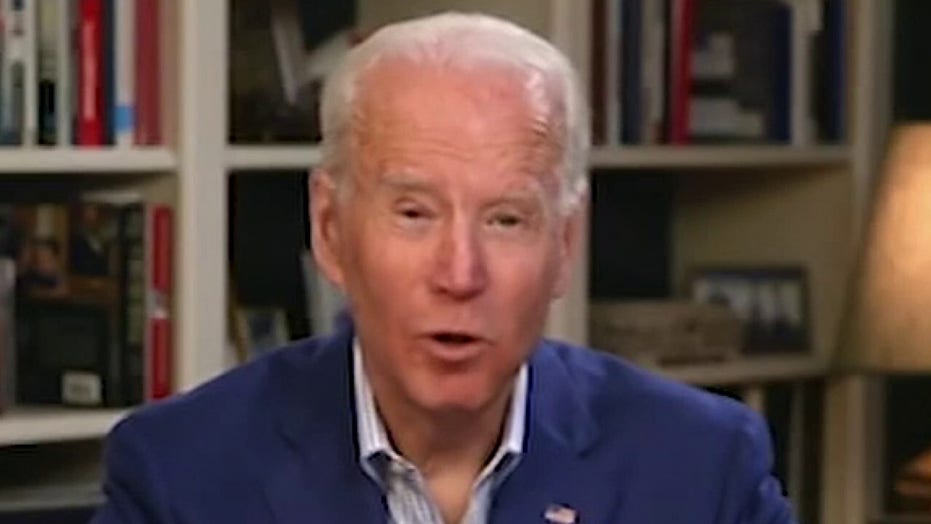 Just days after his commanding primary victories in Florida, Arizona and Illinois, the coronavirus has turned former Vice President Joe Biden into a virtual prisoner of his Delaware home, where he’s reduced to sniping at President Trump from the family rec room.

“He’s making himself irrelevant,” Saikat Chakrabarti, a former chief of staff to Queens Rep. Alexandria Ocasio-Cortez, told The Post, saying the virtual broadcasts were not helping. “We need action immediately, and Biden can’t do anything real right now.”

“He’s making himself irrelevant. We need action immediately, and Biden can’t do anything real right now.”

Biden has been forced to watch from the sidelines as President Trump steals the spotlight with daily coronavirus briefings that have been a ratings smash.

Though some experts have criticized the president for spreading inaccurate information and promoting untested antibiotics during his briefings, polls suggest Americans are increasingly pleased with his performance handling the deadly pandemic.

The latest findings from Gallup show the president with a 49% approval rating, approaching a career high he last enjoyed in February during the height of his Senate impeachment trial. The same survey found 60% of Americans now approve of his handling of the coronavirus crisis, including more than a quarter of Democrats.

“I think Trump is being seen as handing the pandemic well by the public even though he was too late to start procuring any [personal protective equipment],” Chakrabarti said, explaining the polling bounce, adding that Biden missed his moment to make an impression. “[Trump] is the only one going up every day and talking to the American people.”

“[Trump] is the only one going up every day and talking to the American people.”

Sen. Bernie Sanders — whose challenge to Biden for the 2020 Democratic presidential nomination  is sagging — has been in D.C. helping to hammer out trillions of dollars in coronavirus relief spending. The 78-year has also held several in depth coronavirus town halls via Facebook Live.

But Biden has gone nearly dark. Aside from a call with reporters, and a virtual live-stream appearance at a fundraiser on Sunday, the ex-vice president reappeared on television on March 24.

And his appearances have not gone smoothly.

On his first day back on the air, Biden sat for an interview with CNN’s Jake Tapper. During the brief Q&A, Biden coughed repeatedly into his fist shortly after telling the anchor he had no symptoms of coronavirus and had not been tested. At one point Tapper even scolded the vice president for not directing coughs into his elbow.

The coughing came along with the usual Biden word salads. On “The View” that same day, the former veep told guest co-host Sara Haines that “we have to take care of the cure. That will make the problem worse no matter what.”

He also had an emotional moment during a virtual CNN town hall Friday talking about personal loss and almost gave out his telephone number on live television.

Many Democrats and armchair pundits have unflatteringly compared Biden’s performance with Gov. Cuomo, who has won praise from both sides of the aisle for his smooth command of facts, regular virus updates and tough, no-nonsense approach to defiant New Yorkers. The fervor peaked as the hashtag #PresidentCuomo zipped across Twitter last week.

“He is currently the only Democrat showing leadership in a moment of crisis, at least publicly,” Chakrabarti said. “Cuomo is doing the daily press conference, he’s leading in a way that President Trump was.” 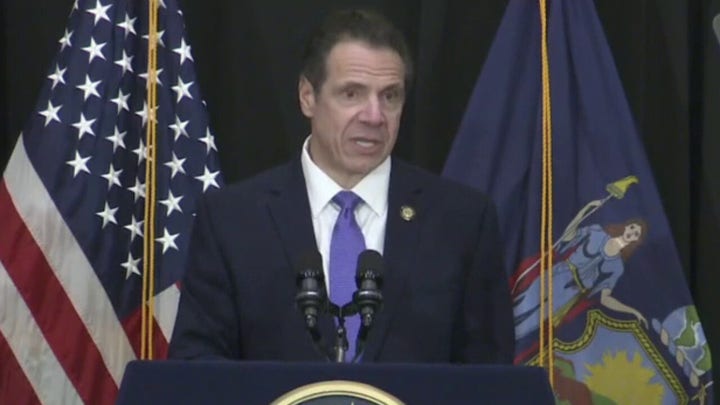 Reps for Biden’s campaign declined to comment for this story.

Though the pandemic has prevented Biden from deploying his famous retail political skills, his campaign has tried to remain active, putting out a blizzard of press statements including his own “action plan to save the economy.”

He’s made overtures to the base even while in isolation, including checking in to DJ D-Nice’s “Club Quarantine” party on Instagram last week and making a virtual appearance on “Jimmy Kimmel Live!” Thursday.

The campaign is also confident Trump will ultimately botch the coronavirus response.

“Donald Trump’s failure to take this virus seriously in the face of urgent and obvious warning signs will go down as one of most incompetent and ultimately harmful decisions by a president in recent history,” a Biden aide told The Post.

Biden continues to hold a small but enduring lead over Trump in national head-to-head polls, with recent surveys from Emerson, Monmouth and NBCNews/WSJ all showing him out front. A Fox News polls this week gave him a 9 point lead.

Other Democrats said Trump’s 60 percent coronavirus rating should be taken with a grain of salt.

“During the Iran Hostage crisis, Carter had a 67 approval. For a leader in a time of crisis this is a pretty crappy rating. The Bushes both had 90s at one time,” Democratic strategist James Carville told The Post. “I think Biden will win easily. I don’t think it will be particularly close.”