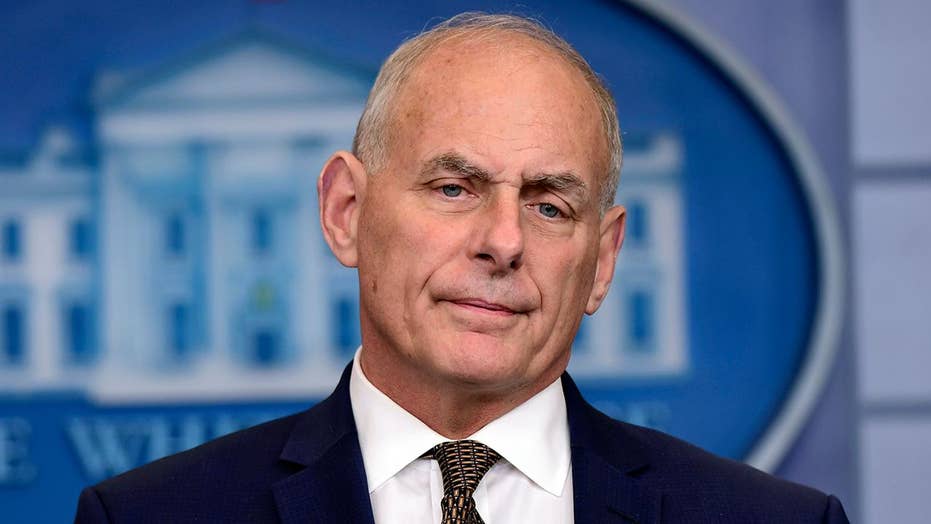 Florida Democratic Rep. Frederica Wilson, in the midst of a public feud with the Trump administration over the treatment of a Gold Star family, said the “White House itself is full of white supremacists.”

In an interview with The New York Times on Friday, Wilson pushed back against comments made by White House chief of staff John Kelly during a Thursday press briefing in which he criticized Wilson’s involvement in a personal call President Trump made to the family of fallen Army Sgt. La David Johnson.

Johnson was one of four Americans killed in an ambush in Niger on Oct. 4. In the call, the president told Johnson’s widow that her husband “knew what he signed up for,” Wilson claimed. But Trump said that Wilson "totally fabricated" what he told Myeshia Johnson, the soldier's widow.

Kelly said he was “broken-hearted” by Wilson’s involvement in the call. During his remarks, Kelly also criticized Wilson by recalling her comments during the 2015 dedication of a FBI field office in Miramar, Fla.

He said Wilson “talked about how she was instrumental in getting the funding for that building, and how she took care of her constituents because she got the money, and she just called up President Obama, and on that phone call, he gave the money, the $20 million, to build the building, and she sat down.”

“And we were stunned, stunned that she'd done it," Kelly said of Wilson's remarks during the event. "Even for someone that is that empty a barrel, we were stunned."

But video of that event, released on Friday, showed that Wilson did not actually talk about the building’s funding, but instead spoke of her own efforts getting legislation passed that named the building after the fallen agents it was dedicated for.

Rep. Frederica Wilson, D-Fla., is standing by her statement that President Trump told the widow of a fallen soldier that her husband "knew what he signed up for." (AP Photo/Alan Diaz)

“I feel very sorry for him because he feels such a need to lie on me and I’m not even his enemy,” Wilson said of Kelly, according to The Times. “I just can’t even imagine why he would fabricate something like that. That is absolutely insane. I’m just flabbergasted because it’s very easy to trace.”

Wilson didn’t label Kelly a racist in the piece but did claim that others in the White House are.

“They are making themselves look like fools. They have no credibility,” she said. “They are trying to assassinate my character, and they are assassinating their own because everything they say is coming out and shown to be a lie.”

“As Gen. Kelly pointed out, if you're able to make a sacred act like honoring American heroes all about yourself, you’re an empty barrel,” Sanders said. “If you don't understand that reference, I will put it a little bit more simply. As we say in the South: ‘all hat, no cattle.’”