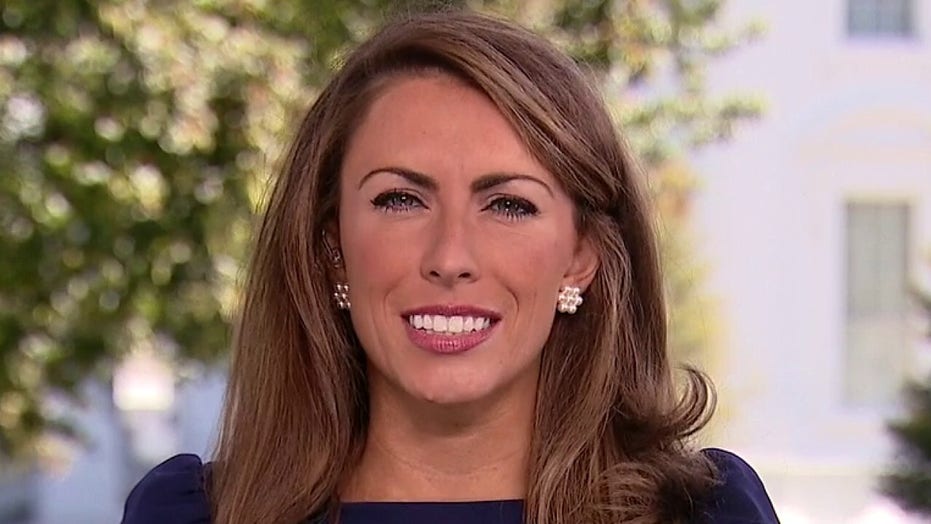 ActBlues received $6.3 million in donations within one hour Friday Night, contributing to the more than $30 million recieved between the hours of 9 p.m. Friday night, and 9 a.m. Saturday morning – ActBlues told Fox News Saturday.

The site’s homepage tracker continues to increase every second, and has raised nearly $6.5 billion for Democrats since 2004.

The fundraising initiative helps Democratic candidates on all levels, along with committees and organizations across the country.

The Biden campaign did not immediately respond to Fox News’ requests for comment on whether Democratic presidential nominee Joe Biden likewise saw spikes in fundraising.

Ginsberg was the second woman appointed to a seat on the Supreme Court, and was known for her 27-year service as a champion for women’s rights.

Her death is expected to introduce an intense partisan fight over who will fill her seat.

Republicans already have vowed to fill the seat prior to the Nov. 3 presidential election - a sentiment confirmed by the White House Communications Director Alyssa Farah, who said on Fox News Saturday that they will "move in Trump time" on filling Supreme Court vacancy.

But Ginsberg reportedly said her wish was for the Senate to wait to fill her seat until the after the general election, when the president was determined and confirmed by the American people.

"My most fervent wish is that I will not be replaced until a new president is installed," Ginsburg said in a statement to her granddaughter, Clara Spera, NPR reported.

Senate Democrats also called for the nomination of a new Supreme Court justice to wait, saying the American people should decide who selects the next justice.

“The American people should have a voice in the selection of their next Supreme Court Justice. Therefore, this vacancy should not be filled until we have a new president,” Schumer tweeted, echoing the phrasing used by Senate Majority Leader Mitch McConnell in February 2016, following the passing of former Supreme Court Justice Antonin Scalia.

Republicans in the Senate refused to review former President Barak Obama’s Supreme Court nominee Merrick Garland, following the death of Scalia, saying they would not consider a new justice during an election year.

McConnell vowed to appoint a new justice to the Supreme Court as quickly as possible.