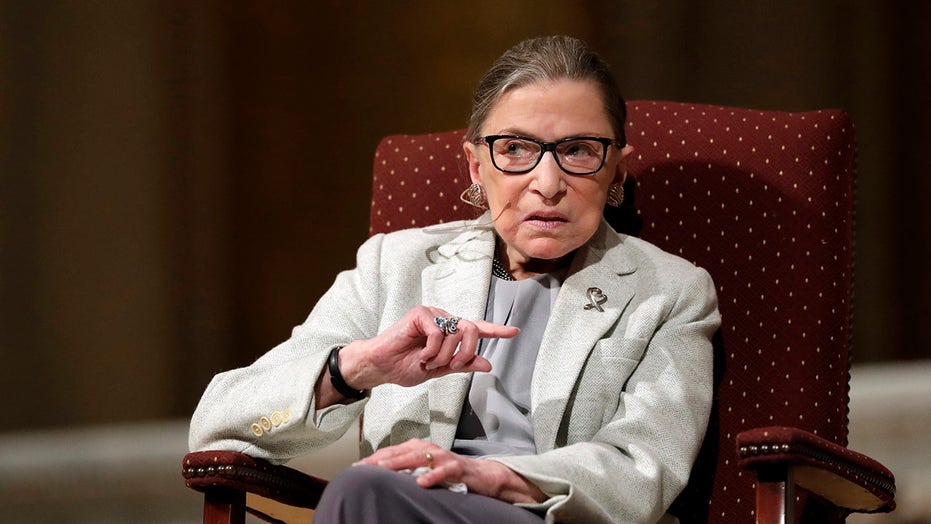 “Justice Ruth Bader Ginsburg selflessly pursued truth and justice in a world of division, giving voice to the voiceless and uplifting those who were pushed aside by forces of hate and indifference,” Cuomo said in a statement.

Ginsburg, a highly respected jurist and champion of women's rights, died Friday from complications of pancreatic cancer. She was 87.

“As a lawyer, jurist,and professor, she redefined gender equity and civil rights and ensured America lived up to her founding ideals -- she was a monumental figure of equality, and we can all agree that she deserves a monument in her honor," Cuomo said.

The governor said he will appoint a commission "in the coming days" to come up with ideas for the design and location of the memorial.

New York Mayor Bill de Blasio tweeted "I couldn't agree more," after Cuomo's announcement.  "Her memory will live on. I promise you that."

Ginsburg was born in Brooklyn in March 1933 and grew up in Flatbush. She was raised in a Jewish household with parents of Ukrainian and Austrian descent. She is survived by her children, Jane Carol and James Steven Ginsburg.

Appointed to the Supreme Court in 1993 by President Bill Clinton, Ginsburg was known for her soft-spoken demeanor that masked a fierce, analytical mind.