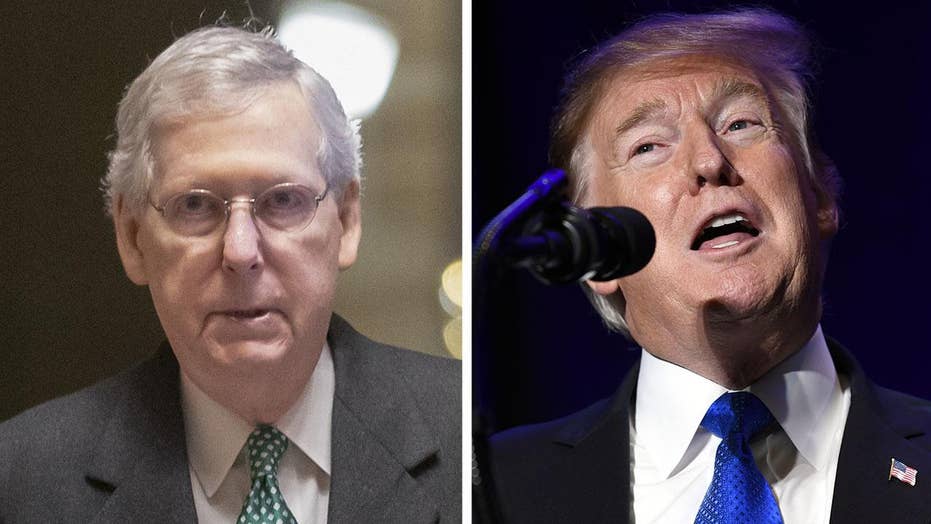 A slew of Democratic 2020 presidential hopefuls on Thursday condemned the Trump administration after the White House announced that in addition to signing a border security compromise package the president would also declare a national emergency to acquire funding for his campaign-promised wall at the nation’s southern border.

“President Trump will sign the government funding bill, and as he has stated before, he will also take other executive action -- including a national emergency -- to ensure we stop the national security and humanitarian crisis at the border," White House press secretary Sarah Sanders said in a statement. "The president is once again delivering on his promise to build the wall, protect the border, and secure our great country.”

Constructing a wall at the U.S.-Mexico border was a signature campaign promise from Trump during his campaign for the White House. It has since proved to be a point of contention between Republicans and Democrats.

“We don't need a wall. Instead, we should address the actual emergencies facing our country — everything from gun violence to the opioid crisis,” she wrote.

WHAT IS A ‘NATIONAL EMERGENCY,’ AND HOW CAN TRUMP USE IT TO FUND BORDER WALL?

In a separate tweet, she also accused the president of "throwing a temper tantrum."

Declaring a national emergency would be “an outrageous abuse of power,” Sen. Kirsten Gillibrand, D-N.Y. tweeted.

“Drop the absurd wall and do your job,” she wrote.

New Jersey Democratic Sen. Corey Booker also weighed in, tweeting that the president’s “inability to follow through on a campaign promise is not a national emergency.”

"Every time a president declares a 'national emergency' in order to get his way on a particular issue, the closer we are to a dictatorship," she tweeted. "Who needs Congress or the people if the president can make the decision on issues by himself?"