Recent allegations of former Vice President Joe Biden’s inappropriate touching of women dominated political headlines for most of last week, but a new poll indicates voters in one of the country's largest states don't consider it a serious issue.

A Quinnipiac University public opinion survey of California voters also suggests that Biden – who’s likely to launch a White House bid in the coming weeks – is the leader of the pack in the Golden State among the large field of contenders vying for the Democratic presidential nomination.

Two-thirds of voters questioned in the live operator survey – including 67 percent of women, 71 percent of Democrats, and even 55 percent of Republicans - said the controversy was not a serious issue. 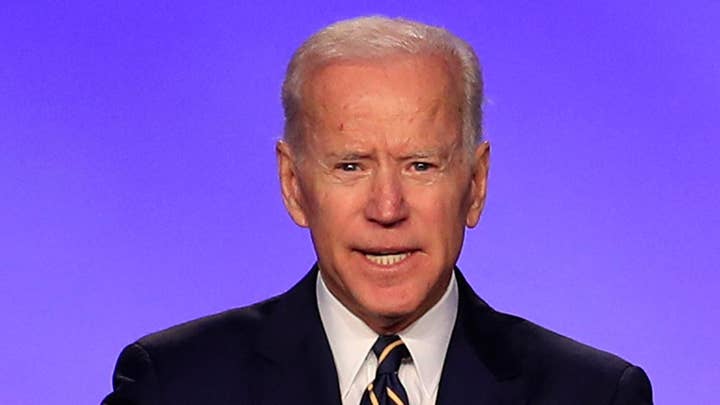 Biden’s well publicized and decades long affectionate brand of physical politics was thrust into the spotlight nearly two weeks ago, thanks to allegations from 2014 Nevada Democratic lieutenant governor nominee Lucy Flores. She said in an essay published in New York Magazine that Biden made her feel "uneasy, gross, and confused" at a campaign rally when she said he kissed her on the back of the head. Her claims quickly went viral and became a top cable news story for a  week.

In the ensuing days, six other women came forward to recount similar physical encounters with Biden that they said made them feel uneasy.

Those accounts were countered by dozens of testimonials from women – ranging from former Biden staffers to lawmakers – who said they had always viewed the former vice president as supportive. 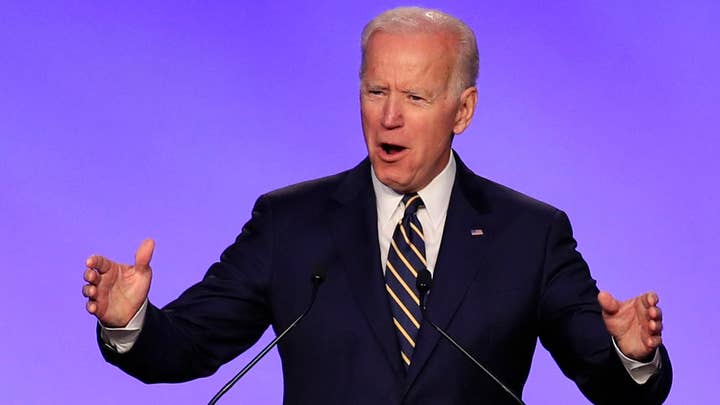 According to the poll, 26 percent of likely Democratic presidential primary voters in California say they would support Biden as their party’s nominee, with Sen. Bernie Sanders of Vermont in second place at 18 percent. Sen. Kamala Harris of California, the state’s former attorney general, was a percentage point behind Sanders, at 17 percent.

Sen. Elizabeth Warren of Massachusetts and South Bend, Indiana Mayor Pete Buttigieg stood at seven percent, with Sens. Cory Booker of New Jersey and Amy Klobuchar of Minnesota and former San Antonio mayor and former Health and Human Services secretary Julian Castro each at two percent. Everyone else in the large field of 2020 contenders registered at one percent or less.

Thirty-five percent of Democrats or Democrat-leaning independents said Biden had the best chance of beating Republican President Donald Trump in the 2020 general election, and 31 percent said Biden would be the best leader.

California is playing a more influential role in the 2020 nominating process, thanks to a move by the state to push it’s primary up to early March. California will be the largest of the 12 states scheduled to vote on March 3, 2020, directly after the early voting primary and caucus states of Iowa, New Hampshire, Nevada and South Carolina.

The Quinnipiac University poll was conducted April 3 - 8, with 1,005 California voters question. The survey’s overall sampling error is plus or minus 4.1 percentage points, with 5.9 percentage plus or minus margin of error for questions of likely Democratic primary voters.