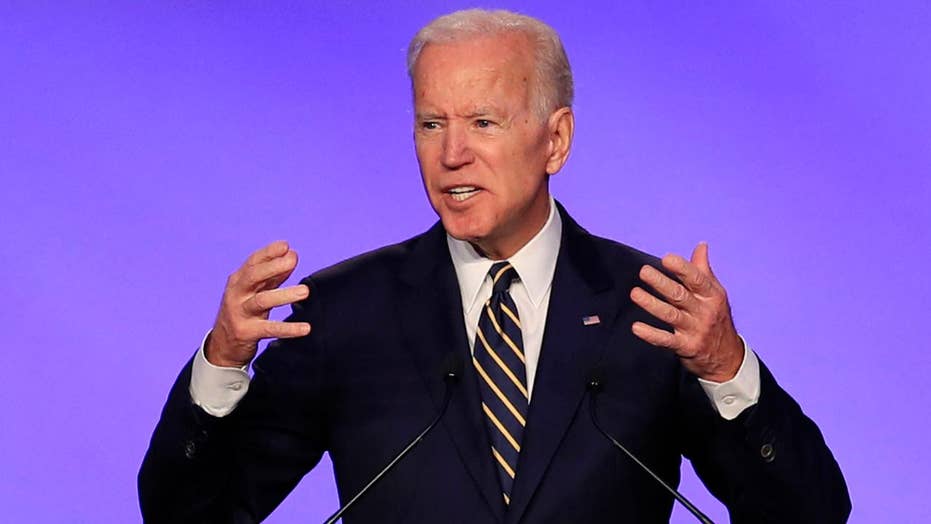 Are media going easy on Biden?

For the past 12 days, the political media has been focused on “handsy” and “creepy” former Vice President Joe Biden and his penchant for making unwanted contact with women seemingly wherever he is. While these allegations deserve their fair share of attention, the mainstream media may be missing -- or more likely ignoring -- the real Biden story that’s staring them in the face.

When I served as the chief investigator for the House Committee on Government Reform and Oversight during the Clinton Administration, I regularly worked with journalists on investigations they were covering for weeks and even months. But 20 years later, those types of stories are few and far between.

That being said, the media must do a deep-dive into Joe Biden and his family’s relationship with Ukraine, like the recent reports by award-winning journalist John Solomon in his column at The Hill.

The biased media’s refusal to cover the Biden-Ukraine story to date is shameful. President Trump never receives such favorable treatment. In fact, the vast majority of liberal journalists out there today hate President Trump and cover him and his administration with a presumption of guilt.

When it comes to the Biden’s and Ukraine, there’s an awful lot of smoke. Among other things, Solomon is reporting that in 2016 during his tenure as Barack Obama’s Vice President, Biden threatened to pull $1 billion dollars in loans to Ukraine if its President Petro Poroshenko didn’t fire the country’s prosecutor general.

The catch? The prosecutor was allegedly knee-deep in a corruption probe of Burisma Holdings, a firm that featured Biden’s son Hunter as a board member.

Biden got his way and the blowhard former vice president even publicly bragged about the firing. A top official from the Ukraine’s prosecutor general’s office confirmed to Solomon that they are currently investigating these troubling allegations.

As it turns out, Hunter Biden’s firm in America (Rosemont Seneca Partners LLC) was allegedly receiving six figures a month from Burisma and according to Solomon, the fired prosecutor told him that he was planning to question Hunter Biden and other Burisma board members before he was relieved of duty.

Dec. 4, 2013: Vice President Joe Biden, left, waves as he walks out of Air Force Two with his granddaughter Finnegan Biden and son Hunter Biden at the airport in Beijing, China.

Solomon links to court records indicating that over an 18-month period in 2014- 2015 “more than $3 million was paid out of Burisma accounts to an account linked to Biden’s … Rosemont Seneca firm.” This was happening at the same time that Joe Biden was running point for the Obama Administration on matters involving Ukraine.

Using high office to enrich oneself or family members is textbook corruption. It’s an example of crony capitalism at its worst; and it appears Joe Biden was alledgedly involved in a big dose of it in Ukraine.

Citizens United has been working to uncover corruption in our government using Freedom of Information Act litigation against the State Department for years. Last month we filed suit in federal court to try and shed light on the overseas business activities of Hunter Biden and some of his associates after one year of State Department recalcitrance.

Some of the serious allegations involving the Biden’s and Ukraine were first uncovered by Peter Schweizer in his book “Secret Empires.” Once you learn about Hunter Biden’s business associations in Ukraine, it’s quite fitting that Joe Biden made his last foreign trip as Vice President there in January 2017.

According to Schweizer, “Four days before Biden arrived, Burisma made a dramatic announcement: the Ukrainian criminal investigations into the company and its founder had been ended by Ukrainian government prosecutors.”

If Biden were a Republican like President Trump, the mainstream media would be digging into these allegations in hopes of destroying him politically. But Biden is a Democratic ally and presidential frontrunner, so the liberal media has taken a pass on Ol’ Joe’s alleged Ukrainian mess so far.

During his visit to Ukraine in January of 2017, Biden made remarks about corruption in Ukraine that haven’t aged very well, knowing what we now know. Biden told Ukrainians to " ... keep demonstrating your commitment to the rule of law; keep fighting corruption; insist on transparency; investigate and prosecute government officials who siphon off public funds for their own enrichment.”

It’s time for former Vice President Biden to answer questions about the real story. There’s a lot we still don’t know about what happened in Ukraine.