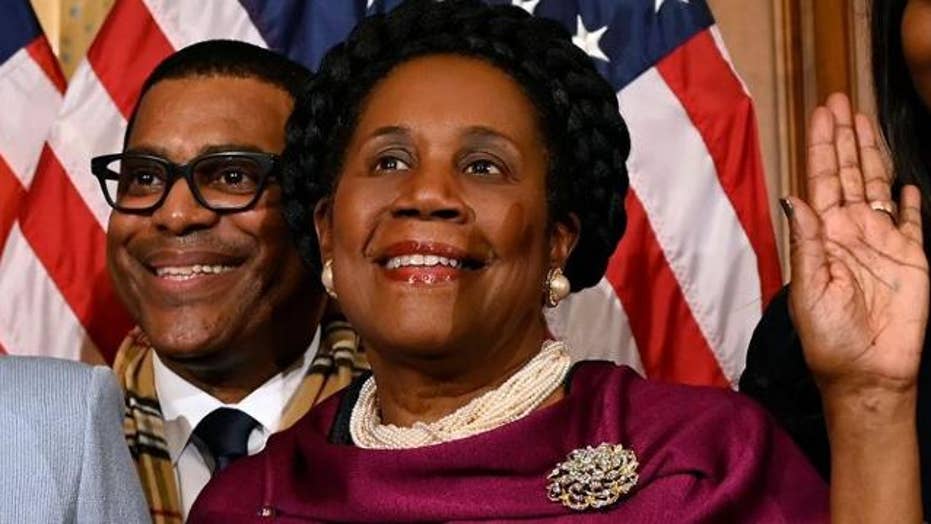 Lawsuit: A former staffer for Rep. Sheila Jackson Lee (D-TX) claimed that she was fired in retaliation for legal action she planned to bring against the Congressional Black Caucus Foundation (CBCF) related to an alleged rape in 2015.

A former staffer for Rep. Sheila Jackson Lee, D-Texas, has claimed in a lawsuit that she was fired last year in retaliation for legal action the staffer planned to bring against the Congressional Black Caucus Foundation (CBCF) related to an alleged rape in 2015.

In a statement released Thursday, Jackson Lee's office denied "that it retaliated against, or otherwise improperly treated" the staffer, who is identified in the lawsuit only as "Jane Doe."

"While we still deny the allegations, we are especially concerned about Ms. Doe and only want the best for her and the many, many young people that the Congressional office has supported, encouraged, and provided opportunities for over 20 years," the statement concluded.

According to documents filed in federal court in Washington last week, Jane Doe claimed she was raped in October 2015 while she was a CBCF intern by Damien Jones, who was the foundation's internship program coordinator and her supervisor at the time. The lawsuit was first reported by BuzzFeed News.

Doe reported the alleged assault to police in Washington, D.C., but a criminal investigation proved inconclusive and she did not immediately pursue legal action. She also met with CBCF representatives who asked for all communications between Doe and Jones and told her that Jones was being placed on leave immediately.

Jones' LinkedIn profile indicates he left the CBCF in December 2015. He did not respond to Fox News' requests for comment.

In the fall of 2017, Doe was hired to work for Jackson Lee, who recently had been appointed chair of the CBCF's Board of Directors. On her first day at work, Doe claimed, she learned that Jones was interested in a job in Jackson Lee's office. She said she told Jackson Lee's chief of staff, Glenn Rushing, that she had a "prior situation" with Jones and would not be comfortable working with him.

The lawsuit also stated that in September 2017, the CBCF had invited Jones to appear on a panel about environmental issues at the group's annual legislative conference as a representative of the Union of Concerned Scientists "even though the CBCF knew that he had sexually assaulted Ms. Doe."

According to Doe, she was charging Jackson Lee's cellphone one day shortly after she was hired when the congresswoman received a message from A. Shaunise Washington, the CBCF's then-CEO.

"I just received a notification that you have a new staffer," Washington allegedly messaged Jackson Lee, mentioning Doe's name. "Call me, I have background on her."

In early March 2018, the lawsuit stated, Doe told Rushing that she had "recently learned more about her case involving Mr. Jones and CBCF, and planned to move forward with legal action" against the foundation. The documents said Rushing initially was supportive and agreed to arrange a meeting between Doe and Jackson Lee to discuss the matter, but never did so.

Approximately two weeks later, on March 29, Rushing had Doe meet with himself and Greg Berry, Jackson Lee's chief counsel. In that meeting, Rushing told Doe she was being let go "because of budgetary issues." The lawsuit said Rushing and Berry told Doe that because she had been the most recent hire, she would be the first to be let go. However, Doe claimed Jackson Lee had hired at least two new employees who made "at least the same salary" as her since her arrival in November 2017. She also claimed two more employees were hired shortly after she was fired while another staffer received a raise.

The lawsuit also claimed that Jackson Lee made Doe drive her home from Capitol Hill shortly after Doe had been in a car crash that rendered her automobile unsafe to drive because "among other things, the car's lights were not functioning properly." Doe said Jackson Lee and Rushing pressured her to get a new car, while Rushing refused to authorize the staffer to rent a car to shuttle Jackson Lee on official business.

According to Doe, Rushing told her: "It didn't help that you lied about the car" when she was let go. The lawsuit did not make clear to what he was referring, but noted that Doe was denied a loan to purchase an SUV to replace the damaged car, forcing her to choose a different model from the one Doe initially told Rushing she planned to buy.

In a statement to Fox News, the Congressional Black Caucus Foundation said that it was "deeply concerned about the welfare of all our interns and fellows, including ‘Jane Doe' ... It is CBCF's position that the Foundation did not have the purview to terminate Ms. Doe from a staff position in a congressional office, and therefore, did not take such action. We have and will remain supportive of Ms. Doe, and will fully cooperate with all legal proceedings."