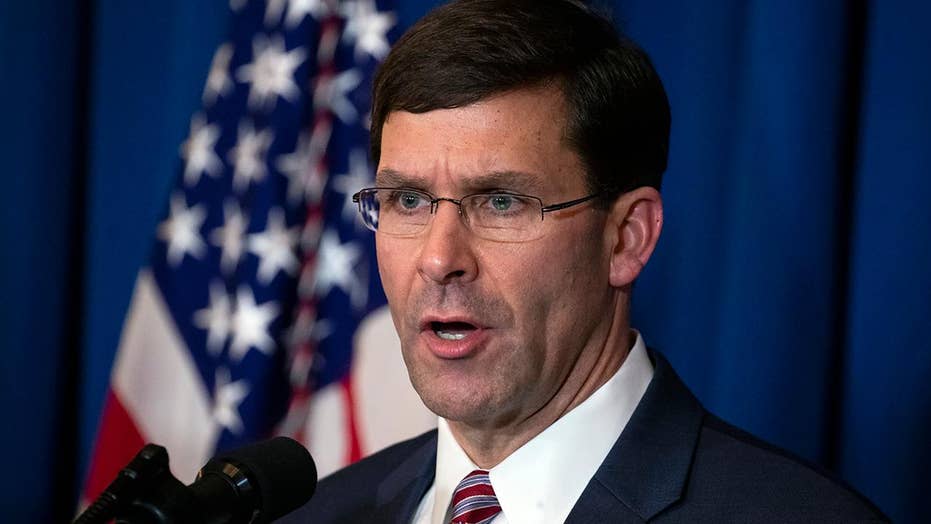 Chief of staff to Defense Secretary Esper to resign

Eric Chewning, the chief of staff to Secretary of Defense Mark Esper, is resigning his post and returning to the private sector; Jennifer Griffin reports from the Pentagon.

Eric Chewning, the chief of staff to Defense Secretary Mark Esper, is resigning and will be leaving his post at the end of January, the Defense Department announced Monday.

Chewning has been in his role since January 2019, after starting with the Department in October 2017 as the deputy assistant secretary of defense for industrial policy. He now plans on returning to the private sector, according to Pentagon press secretary Alyssa Farah.

"I'm grateful for Eric's professionalism, judgment, and leadership over the last seven months as I moved into the secretary of defense role," Esper said in a statement. "In an incredibly demanding job, Eric has been a source of calm and tireless work. He will be missed by all. We wish him all the best upon his return to the private sector."

The move comes as the department is in the midst of dealing with increased hostilities with Iran. A U.S. airstrike killed Gen. Qassem Soleimani, leading the Islamic nation to vow revenge. President Trump has threatened further action if Iran indeed retaliates.

Chewning's departure had been expected, and Fox News has learned that it is not related to the current Iranian conflict.

Chewning will be replaced by Jen Stewart, who has been serving as minority staff director for the House Armed Services Committee. Esper touted Stewart's qualifications in his statement.

"I have known Jen for years and I'm excited to bring her into the Department," Esper said. "Her deep expertise on national security issues will be a great addition to our team as we continue implementing the National Defense Strategy."