WASHINGTON -- The U.S. is tracking possible new terror targets and stepping up surveillance of operatives previously considered minor Al Qaeda figures after digging through the mountain of correspondence seized from Usama bin Laden's hideout, officials say. The trove of material is filling in blanks on how Al Qaeda operatives work, think and fit in the organization, they say.

The new information is the result of five weeks of round-the-clock work by a CIA-led team of data analysts, cyber experts and translators who are 95 percent finished decrypting and translating the years of material and expect to complete the effort by mid-June, two U.S. officials say.

Al Qaeda operatives worldwide are feeling the heat, with at least two of them altering their travel plans in recent weeks in apparent alarm that they might become the targets of another U.S. raid, one official said.

All officials spoke on condition of anonymity to describe the review of bin Laden files taken by U.S. Navy SEALs in a May 2 raid on his Abbottabad, Pakistan, hideout.

Copies of the material have been distributed to agencies from the FBI to the Defense Intelligence Agency to continue long-term analysis, one official said. The material is now classified, greatly limiting the number of people who can see it and making any detailed public accounting of the contents a crime.

FBI Director Robert Mueller told Congress on Wednesday that one of the early assessments from the trove is that Al Qaeda remains committed to attacking the United States.

"We continue to exploit the materials seized from bin Laden's compound" and "we are focused on the new information about the homeland threat gained from this operation," Mueller told the Senate Judiciary Committee, which is considering legislation that would extend Mueller's job for up to two more years.

There is nothing in the bin Laden files so far to indicate an imminent attack, three officials said. The U.S. has increased its vigilance regarding some of the targets bin Laden suggests to his operatives, from smaller U.S. cities to mass transport systems, to U.S. embassies abroad and even oil tankers in the Persian Gulf.

A law enforcement official briefed on the process said investigators have been analyzing raw digital data found on multiple hard drives and flash drives, and that some of it consists of sequences of numbers. Investigators were trying to discern potential bank account or phone numbers that might point to Al Qaeda contacts in the United States or elsewhere, or codes that could produce other leads, said the official, who was not authorized to publicly discuss the analysis and spoke on condition of anonymity.

Especially useful in the communications between bin Laden and his followers from Asia to Europe to Africa is the light they shed on the personalities of known Al Qaeda operatives and what drives the various terrorist commanders who corresponded with bin Laden, officials said.

Like an email chain showing office politics, with various members of the hierarchy weighing in and sometimes back-stabbing each other, the communications show different officials vying for the boss' attention and working the system, the officials said.

While bin Laden continued to laud the merits of large-scale attacks, the records show he also embraced the shift to smaller operations carried out by Yemen's Al Qaeda of the Arabian Peninsula as a way to retain the broader organization's image as a viable terrorist group able to strike U.S. targets, officials said.

It's not clear that any of the affiliates who were proposing some of the larger-scale attacks had the ability to carry them out, one of the officials said. After the initial proposal of an idea, there were no follow-up proposals in the trove describing specific resources available to go after a suggested large-scale target.

And while the Al Qaeda chief advised his operatives on targets to strike, and helped them devise ways to hit those targets, there is no evidence in the files that any of the ideas bin Laden proposed led to a specific action that was later carried out, the officials say. For instance, though bin Laden advised Europe-based militants to attack in unspecified continental European countries just before Christmas, the threat never resulted in an actual attempted attack, the officials said.

There have been small-scale violent incidents in Denmark, where bin Laden had repeatedly encouraged followers to attack because of disparaging references to the Muslim prophet Mohammed in Danish media, the officials said. But he did not seem to be involved in planning those specific incidents, the officials said.

As for bin Laden's suggestion to hit oil tankers, there is an indication of intent, with operatives seeking the size and construction of tankers, and concluding it's best to blow them up from the inside because of the strength of their hulls. In a confidential warning obtained by The Associated Press, the FBI and the Homeland Security Department said that Al Qaeda operatives also recommended test runs, but there's no evidence the plot went any further, the officials say.

The U.S. has briefed allies such as Britain, Germany and other countries in Europe on the contents of the trove relevant to their nations or their portions of the counterterror fight, officials said.

They have also shared some of the information with Pakistan, as part of an effort to renew cooperation with Islamabad, in the wake of the raid, U.S. and Pakistani officials said. The U.S. hid the operation from Pakistan for fear that the raid plans would leak to militants, but the unilateral action brought protests from Pakistani leaders over what they called an affront to their sovereignty.

High-level U.S. visits have aimed to take the edge off that dispute, including a visit by CIA Deputy Director Mike Morell, who met with intelligence chief Lt. Gen. Ahmed Shuja Pasha last month.

After that outreach, Pakistan allowed the CIA to re-examine the bin Laden compound. Pakistan also returned the tail section of a U.S. stealth Black Hawk helicopter that broke off when the SEALs blew up the aircraft to destroy its secret noise- and radar-deadening technology.

The investigative team, made up mainly of intelligence officers from both nations, will compare the CIA's analysis of computer and written files with Pakistani intelligence gleaned from interrogations of those who frequented or lived near the bin Laden compound, the officials said.

Pakistan's intelligence service has been interviewing those who spent time at the compound, from a guard who used to do the compound's grocery shopping, to an extremist sheik who came in weekly to teach the 18 children that Navy SEALs counted at the compound the night of the raid.

Pakistani officials described the emerging picture of life inside the compound. One official described it as bleak, almost prison-like in its austerity.

Some of the roughly two dozen surviving residents told Pakistani intelligence they subsisted on a weekly delivery of one goat, which they slaughtered inside the compound, plus milk from a couple of cows kept in the courtyard. There were also eggs from chickens that roamed the courtyard, and vegetables from a small kitchen garden.

Bin Laden's upper apartments were bare of paint or adornment on the walls. There were only two beds, a double and a single, both of poor quality, one Pakistani official said. Officials haven't determined the sleeping arrangements for bin Laden and his three wives among the beds, he added.

Bin Laden's rooms did have the only air conditioner in the compound, in a region where summer temperatures can top 100 degrees Fahrenheit. There were no heaters, despite winters where temperatures can drop to freezing. That could explain the blanket bin Laden clutches around him in one of the videos taken from his office. 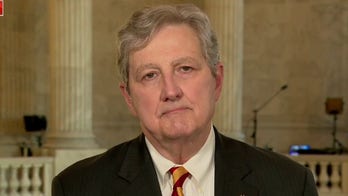