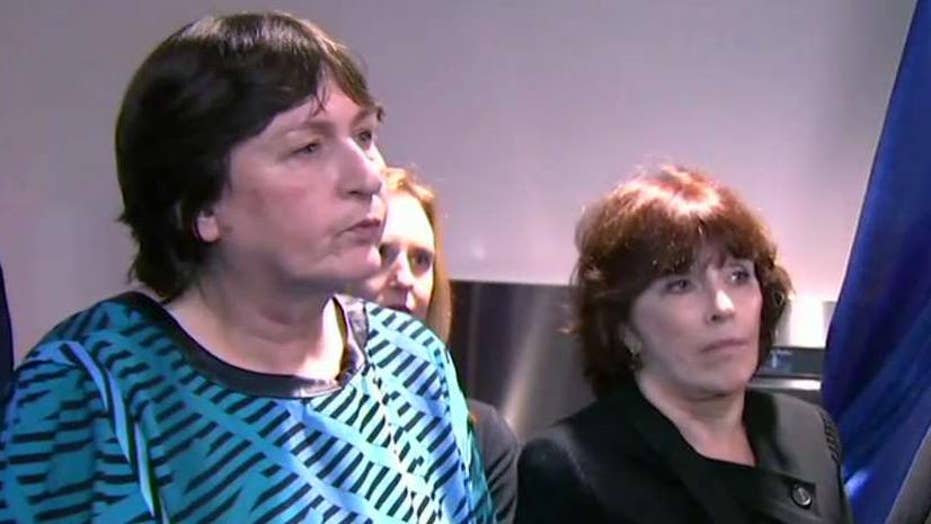 When Donald Trump invited several women who had accused Bill Clinton of sexual assault to Sunday night’s debate, he also highlighted a case that may have been unfamiliar to many voters -- that of Kathy Shelton.

Unlike the claims of Juanita Broaddrick, Paula Jones and Kathleen Willey -- the other women hosted by Trump -- Shelton’s accusations are not aimed at Bill Clinton. Rather, she alleges Hillary Clinton verbally attacked her while defending the man Shelton had accused of rape in 1975.

And while Clinton pushed back during the debate as Trump cited their stories, there is a paper trail to back up some of Shelton's account.

Shelton was 12 years old when she accused 41-year-old Thomas Alfred Taylor of rape. Taylor was defended by a 27-year-old Hillary Rodham, who took up the case despite saying she didn’t want it -- and called into question Shelton's reliability.

“I have been informed that the complainant is emotionally unstable with a tendency to seek out older men and engage in fantasizing,” Clinton wrote in an affidavit. “I have also been informed that she has in the past made false accusations about persons, claiming they had attacked her body. Also that she exhibits an unusual stubbornness and temper when she does not get her way.”

Clinton was successful and the man pleaded to a lesser charge – unlawful fondling of a child. The case was not widely publicized until The Washington Free Beacon in 2014 obtained footage of Clinton talking about it in the early '80s for an interview with an Arkansas paper, in which she laughs about getting Taylor off the more serious charge.

“He took a lie detector test. I had him take a polygraph, which he passed, which forever destroyed my faith in polygraphs,” Clinton says on the recording while laughing.

“Oh, he plea bargained. Got him off with time served in the county jail, he’d been in the county jail about two months,” Clinton said on the recording, apparently not remembering the sentence accurately. According to the Free Beacon, her attacker was sentenced to one year in prison, with two months reduced for time served.

In an interview with British online mothers group Mumsnet in 2014, Clinton addressed the case: "When I was a 27-year-old attorney doing legal aid work at the [University of Arkansas] where I taught in Fayetteville, Arkansas, I was appointed by the local judge to represent a criminal defendant accused of rape," she said. "I asked to be relieved of that responsibility, but I was not. And I had a professional duty to represent my client to the best of my ability, which I did."

"One of the women, who is a wonderful woman, at 12 years old, was raped at 12," Trump said. "[Clinton’s] client she represented got him off, and she's seen laughing on two separate occasions, laughing at the girl who was raped. Kathy Shelton, that young woman is here with us tonight."

Clinton said about his accusations, “so much of what he's just said is not right” although she did not address the Shelton claims specifically.

There is no indication in the tape that Clinton was laughing at Shelton, but rather at the fact she was able to get Taylor off the more serious charge.

The case is an awkward one for Clinton considering her presentation of herself as a tireless advocate for women and children. Shelton, in a pre-debate press conference Sunday, made reference to Clinton’s past statements.

“ I, at 12 years old, Hillary put me through something that you would never put a 12-year-old through. And she says she’s for women and children. And she was asked last year on what happened, and she says she’s supposed to defend whether they did it or not and now she’s laughing on tape saying she knows they did it,” Shelton said.