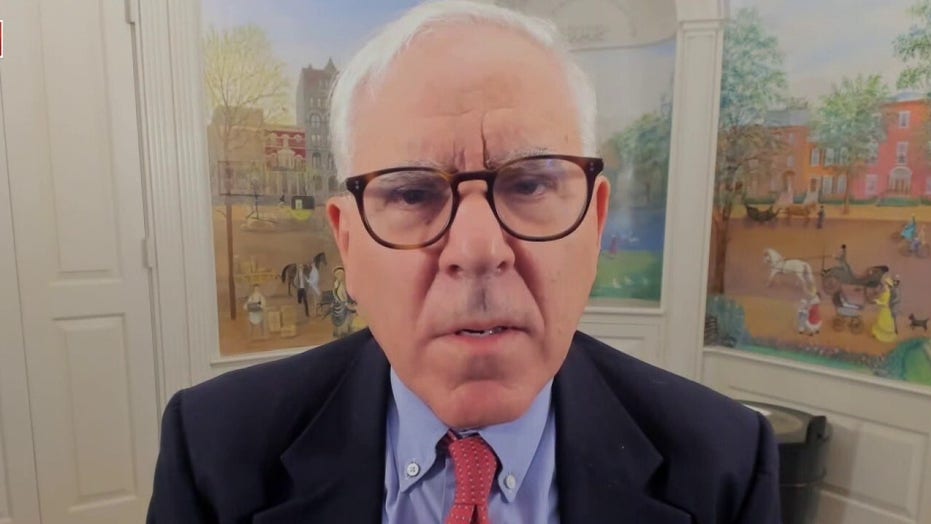 What will an economic recovery look like for Americans following coronavirus?

Carlyle Group co-founder and author of 'How to Lead' David Rubenstein weighs in on what the U.S. economy may look like for Americans as the country recovers from coronavirus.

The lives of famous Americans should be examined in their entirety rather than focusing on whether they owned slaves, billionaire private equity investor and philanthropist David Rubenstein argued on Tuesday.

Rubenstein, who donated more than $10 million to repair the Washington Monument after it was damaged in a 2011 earthquake, joined "The Daily Briefing" to respond to a D.C. committee's recommendation last week that local government "remove, relocate, or contextualize" certain monuments and buildings, including the Washington Monument and the Jefferson Memorial.

"There are many things I worry about, but removing the Washington Monument is not something I worry about," Rubenstein told host Dana Perino. "Same with the Jefferson Memorial. There may be some proposals around, but I don't think they'll be taken seriously.

"So, I think you have to look at the whole context of what a person’s life is. And if a monument or memorial is designed to celebrate somebody being a slave owner, then that's one thing. But that's not the case with the Washington Monument or the Jefferson Memorial in my view."

It's unlikely that either of the monuments will be removed, as they're both on federal land and outside of the D.C. mayor's jurisdiction.

LaToya Foster, a spokesperson for Mayor Muriel Bowser, told the Assoicated Press that the mayor had directed the committee to "clarify and refine their recommendations to focus on local D.C., so no one attempts to confuse the Working Group’s focus on contextualizing not removing important monuments and memorials in D.C."