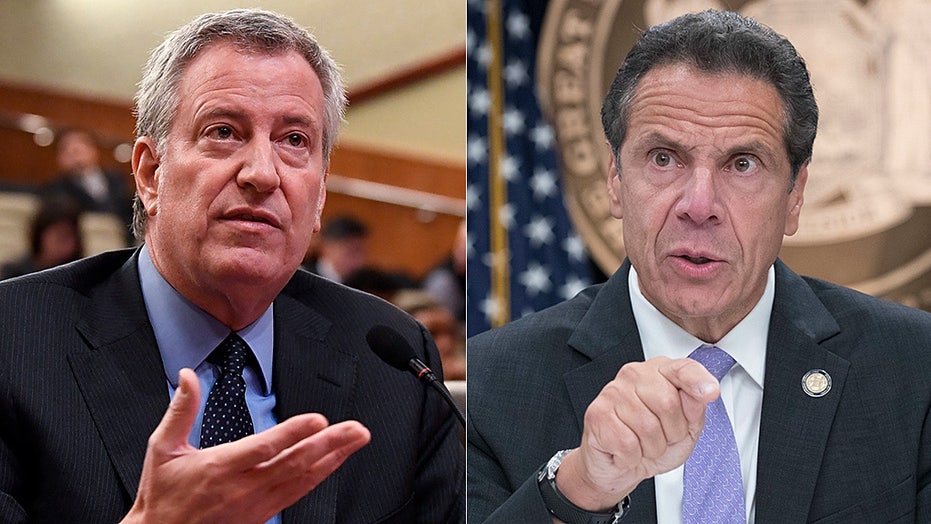 Daylight shootings doubled through May and July compared to the same period last year, according to the New York Police Department, and general shootings in July rose 177% compared to last July — a trend de Blasio linked to the economic impact of the coronavirus pandemic and the lack of a federal stimulus package.

"We have a problem in New York City when it comes to crime. That is fact," Cuomo said during a Thursday press conference, citing a statistic that said New York City "shootings with victims" were up 103%. "It's not going to get better on its own."

What the government does in the age of COVID-19 "is a matter of life and death," Cuomo said, adding that the Chinese "government did a better job" than the U.S. government in handling the pandemic.

New York City residents and businesses have had a difficult year between COVID-19 lockdown restrictions and protests that rocked the city after the officer-involved shootings of George Floyd, Jacob Blake and Breonna Taylor, which sparked civil unrest in urban areas nationwide.

Cuomo mentioned that while New York City's COVID-19 case numbers have dropped, cases in states across the country have risen.

An NYPD police car is set on fire as protesters clash with police during a march against the death in Minneapolis police custody of George Floyd, in the Brooklyn borough of New York City, U.S., May 30, 2020. (REUTERS/Jeenah Moon)

"Why? Because New Yorkers did a better job," he said. "That's why. The crime problem doesn't get better on it's own. We do better because we're New York tough, and we're smart, and we're united, and we're disciplined."

COVID-19 cases in the city peaked in March and April and have steadily declined since, but the city's death toll was far greater than many other states that saw more recent case spikes. New York City has recorded more than 450,000 positive cases and more than 32,600 deaths.