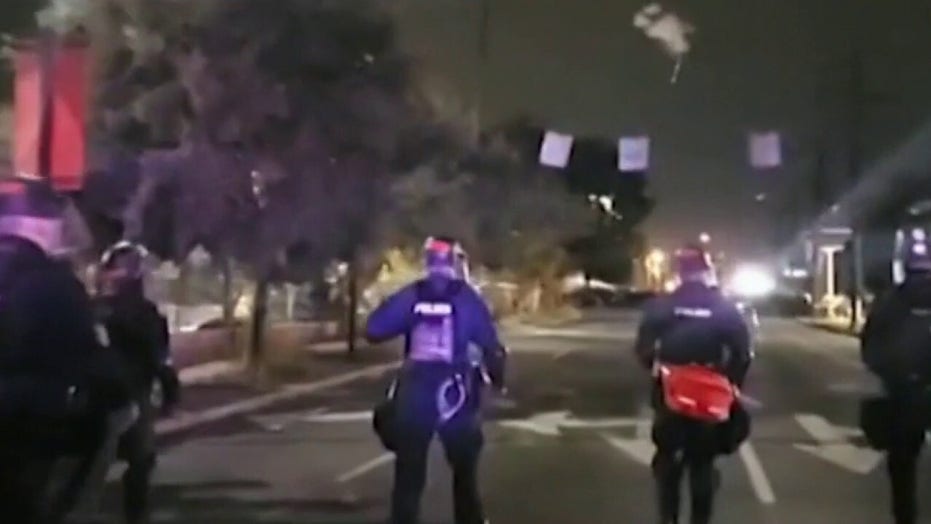 Hundreds of protesters took to the streets of Gotham Wednesday night in massive demonstrations over a Kentucky grand jury’s decision to clear Louisville cops of wrongdoing in the shooting death of Breonna Taylor.

More than 600 protesters massed outside Brooklyn’s Barclays Center by 8 p.m., with scores more joining them before the throng moved in a giant wave across the Manhattan and Brooklyn bridges — even as hundreds of others marched down from the Upper East Side.

“Forget ‘Turn the other cheek,’” one protester said over a loudspeaker outside the Brooklyn arena. “We’re way past that. It’s ‘eye for an eye’ now.”

Demonstrators march on the Williamsburg Bridge during a protest Wednesday in New York City following a Kentucky grand jury's decision not to indict any police officers for the killing of Breonna Taylor. (AP)

The mob then marched into Manhattan, stalling traffic on the Manhattan Bridge and converging with another group on the Lower East Side, growing to more than 1,000 strong.

They continued to move late into the night, forming a human wall as they marched south on Broadway.

Another group of marchers made their way down from the Upper East Side, chanting “Say her name” along Fifth, Park and Lexington avenues, waving “Breonna Taylor” and “Black Lives Matter” signs.

The demonstrations remained peaceful late into the night — although a handful of Lower Manhattan protesters splashed red paint and plastered “Paint The City Red” posters on store windows.

Hankison, who was fired in June, was the only one of three cops involved in the raid — and none were charged with causing Taylor’s death.

The decision sparked massive protests in Louisville Wednesday night, with the outrage spreading to the Big Apple and elsewhere in the US.