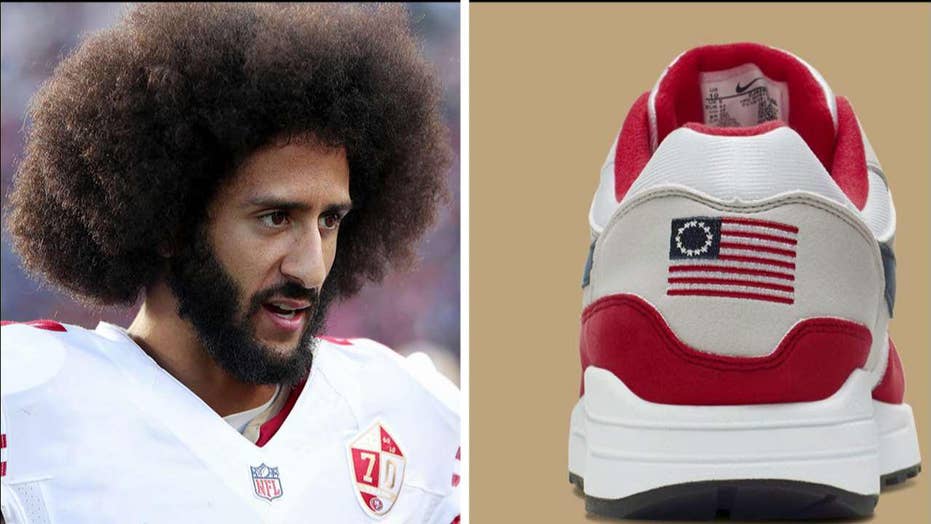 The passage Kaepernick cites is from Douglass’ speech, “What to the Slave is the Fourth of July?”

Douglass delivered to the speech at a meeting of the Rochester Ladies’ Anti-Slavery Society in Rochester, N.Y., on July 5, 1852 – nearly nine years before the Civil War began.

Kaepernick posted the following portion, without adding any comments: “What have I, or those I represent, to do with your national independence? This Fourth of July is yours, not mine…There is not a nation on the earth guilty of practices more shocking and bloody than are the people of these United States at this very hour.”

But the former San Francisco 49ers signal-caller includes a video montage of a longer version of the speech, accompanied by drawings depicting American slaves and photos from the Civil War era. Interspersed are videos from recent years, showing police using force against people of color.

“You quote a mighty and historic speech by the great abolitionist Frederick Douglass,” Sen. Cruz writes in response, “but, without context, many modern readers will misunderstand.”

Cruz goes on to acknowledge that slavery was an “abomination” in the U.S. but was eliminated through the efforts of Douglass and “so many other heroes.”

The senator then asserts that Douglass “was not anti-American; he was, rightly and passionately, anti-slavery.”

As evidence, Cruz quotes another portion of the same Douglass speech:

“Allow me to say, in conclusion, notwithstanding the dark picture I have this day presented, of the state of the nation, I do not despair of this country.

“There are forces in operation, which must inevitably, work the downfall of slavery. ‘The arm of the Lord is not shortened,’ and the doom of slavery is certain.

“I, therefore, leave off where I began, with hope. While drawing encouragement from ‘the Declaration of Independence,’ the great principles it contains, and the genius of American Institutions, my spirit is also cheered by the obvious tendencies of the age.”

After quoting Douglass, Cruz then writes: “Let me encourage everyone, READ THE ENTIRE SPEECH; it is powerful, inspirational, and historically important in bending the arc of history towards justice.”

The senator then includes a link to the full text of the Douglass speech.

Kaepernick has gained notoriety away in recent years for drawing attention to the issue of police use of force against African-Americans and other minorities. It began with his kneeling protests during the playing of the national anthem before NFL games and continued in other ways after he left the league.

Earlier this year, Kaepernick reached a settlement with the NFL after being unable to get a job with another team since leaving the 49ers.

This week, the former quarterback made headlines for opposing the so-called Betsy Ross flag added to a new design of Nike sneakers, viewing the flag as a reminder of slavery.

The apparel company agreed to halt sales of the sneaker after Kaepernick’s complaint, “based on concerns that it could unintentionally offend” people. Kaepernick has been an endorser of Nike products.

Others have argued that the 13-starred Betsy Ross flag is symbolic of America’s fight for independence from Britain, and is separate from the slavery issue.

Cruz was one of several top Republicans to oppose Nike's decision to end sales of the sneakers.