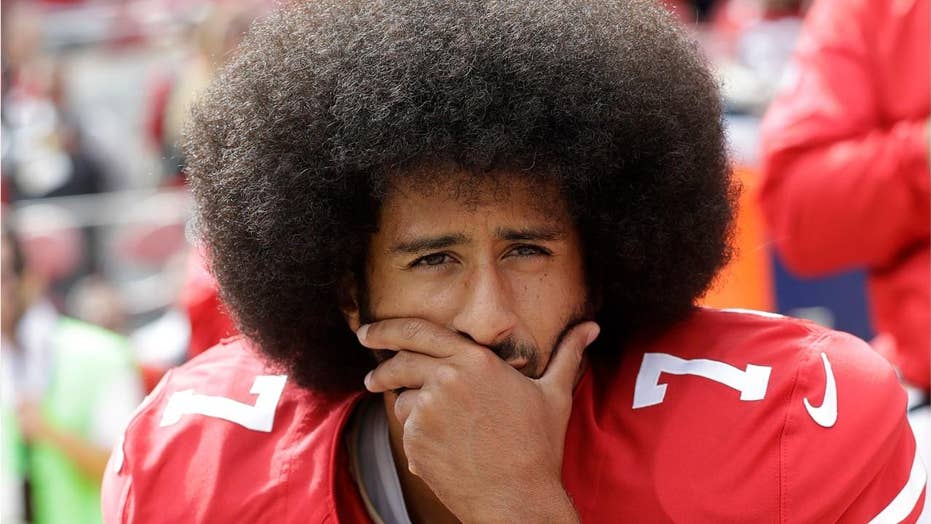 “For the past several months, counsel for Mr. Kaepernick and Mr. Reid have engaged in ongoing dialogue with representatives of the NFL,” lawyers Mark Geragos and Ben Meiselas said in a statement. “As a result of those discussions, the parties have decided to resolve the pending grievances.”

The lawyers didn’t release what sort of resolution the two sides had come to. Neither Kaepernick nor Reid commented on the settlement, only retweeting their lawyers' statement.

Kaepernick, who hasn’t played a down of football since the 2016 season, accused NFL owners of colluding with each other to keep him out of the league over his protest during the national anthem. Reid had also accused NFL owners of the same thing. The former Pro Bowl defensive back then signed with the Carolina Panthers last season.

The NFL Players' Association said in a statement they weren't "privy" to the details of the settlement.

"We were not privy to the details of the settlement, but support the decision by the players and their counsel," the statement said. "We continuously supported Colin and Eric from the start of their protests, participated with their lawyers throughout their legal proceedings and were prepared to participate in the upcoming trial in pursuit of both truth and justice for what we believe the NFL and its clubs did to them. We are glad that Eric had earned a job and a new contract, and we continue to hope that Colin gets his opportunity as well."

It’s unclear whether Kaepernick will get another chance in the NFL. He was reportedly offered a chance to play in the upstart Alliance of American Football league but wanted $20 million.