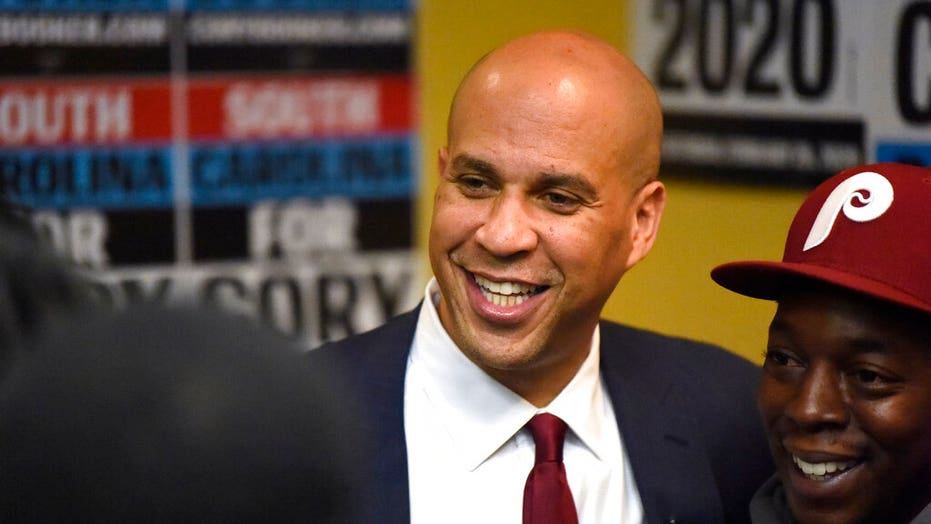 Booker preached unity in his statement announcing the endorsement, an apparent swipe at Vermont Sen. Bernie Sanders' far-left presidential campaign that some Democrats fear not only could pave the way for President Trump's re-election but could hurt down-ballot Democrats in moderate or conservative districts.

"And, while I’m no longer running for president, I still know that to win, Democrats need a nominee who understands that the way to beat Donald Trump is to bring people together," Booker said. "In this moral moment, our country needs a president who recognizes that the lines that divide us are nowhere near as strong as the ties that bind us ... Joe is building the kind of campaign we need to win -- a campaign based on shared values, built by the kinds of multi-racial, multi-ethnic coalitions that have always been at the backbone of every movement for progress in our history."

Booker's endorsement comes as Biden's campaign is the strongest it has been all election cycle. The former vice president won the South Carolina primary in a landslide before claiming victories in 10 of 14 Super Tuesday states that vaulted him to a delegate lead seen as highly unlikely just a week earlier.

Biden has also seen a fundraising windfall and a stream of endorsements coming his way as much of the Democratic Party seems to be coalescing around his campaign as the best option to beat Trump in November. Biden will have the chance to increase his momentum and delegate lead further on Tuesday when Democratic voters in six states head to the polls.

Both Booker and Harris were tough critics of Biden during past Democratic debates; Booker's girlfriend, actress Rosario Dawson, was also a big Sanders booster in the 2016 race.

The Sanders campaign has panned the apparent effort of many Democrats to block his nomination by supporting Biden, saying establishment figures in the Democratic Party are afraid of the "working class" movement behind his bid for the presidency.

"[The] establishment is nervous not because we can't beat Trump but because we will," Sanders campaign manager Faiz Shakir told Fox News last week. "And when we do, the Democratic Party will again be a party of the working class."

Sanders also made similar comments last Monday in response to the Buttigieg and Klobuchar endorsements.

Massachusetts Sen. Elizabeth Warren has yet to make her presidential endorsement. Her exit from the race was seen as a potential boon for the Sanders campaign's effort to consolidate the progressive vote around the Vermont senator as the party's moderate wing circles the wagons around Biden.