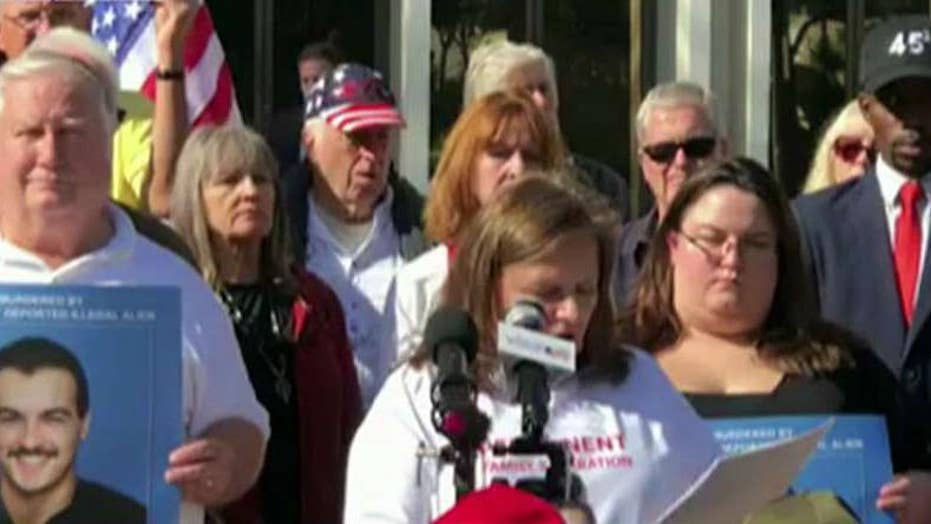 Immigration and Customs Enforcement (ICE) is calling out Cook County, Illinois, for releasing illegal immigrants who've been accused of crimes, claiming the county denied more than 1,000 detainer requests in the fiscal year 2019 alone.

Detainers are requests by federal immigration enforcement for local jurisdictions to keep in custody immigrants who have been arrested on criminal charges and are believed to be "removable." Those denials translated into 1,070 criminal aliens and immigration violators getting released, the agency announced Friday.

"When law enforcement agencies fail to honor immigration detainers and release serious criminal offenders onto the streets, it undermines ICE’s ability to protect public safety and carry out its mission," the agency said in a press release.

ICE also noted that Mexican and Jordanian citizens could or have already been released by the county. Their charges include arrests included aggravated domestic battery, strangulation and recklessly discharging a firearm.

“Because ICE does not have access to standard Illinois law enforcement databases, it’s difficult to accurately account for all the aliens who have been arrested, released and committed additional crimes," said Henry Lucero, an ICE official.

"However, with the limited information ICE can verify, we know that police resources are being wasted, more people are being victimized, and it’s a matter of time until something more significant happens.”

The county's police department did not immediately respond to Fox News' request for comment. Lucero noted that Cook County's actions not only affected the agency but left the public in the dark as well.

“The most concerning issue about working in an area that refuses to cooperate with ICE is not only that we do not know which criminal aliens are being released from custody, but the public doesn’t know either,” he said.