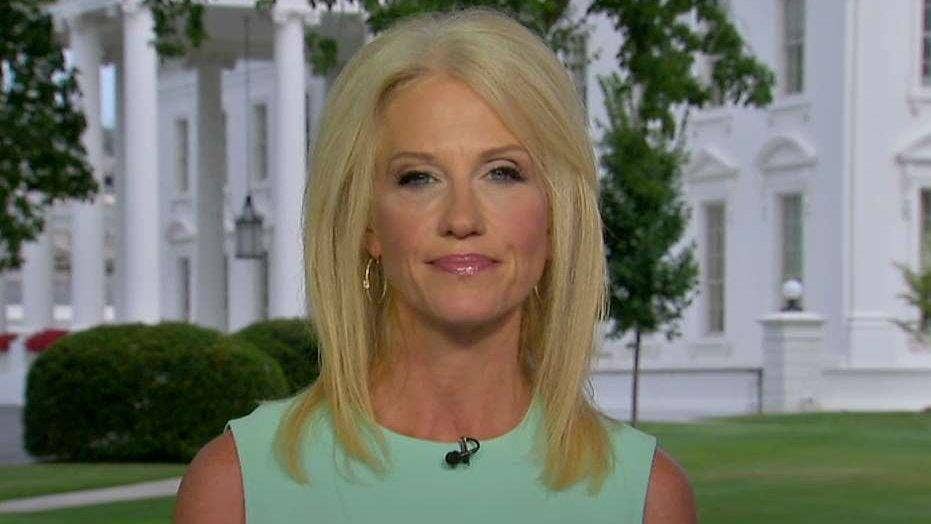 Conway speaks out about 'actual' examples of collusion

Counselor to the President Kellyanne Conway used what she called the "Word of the Day" to explain the administration's response to the ongoing controversy over Donald Trump Jr.'s meeting with a Kremlin-connected lawyer during last year's presidential campaign.

During an interview with Fox News' "Hannity," Conway held up two pieces of paper. One had the words "conclusion" and "collusion" written on it, while the other bore the legend "illusion" and "delusion."

Conway also slammed the mainstream media for what she called a "myopic, lemming-like, ants on a sugar cube mentality" in its coverage of the Russia investigation, as well as a "culture of sameness."

Conway also said Trump Jr.'s meeting with attorney Natalia Veselnitskaya paled in comparison to shady arrangements made between the Clintons and Russian officials.

"The biggest response I’ve heard from the media about that is, 'Oh, but a different person won. You won, she lost,'" Conway told "Hannity." "That does not erase the fact that people may have broken the law and that they colluded with foreign governments to try to damage people on the Trump campaign, which by extension would damage Mr. Trump at the time."