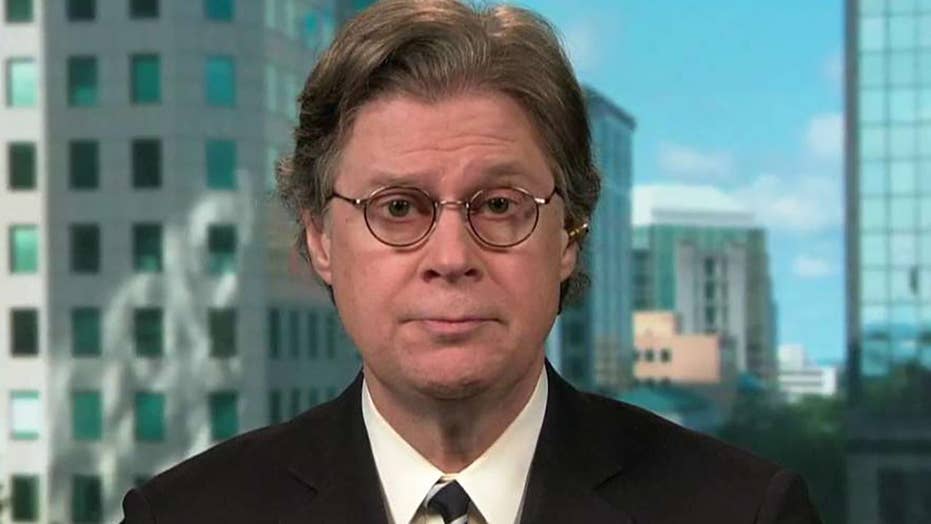 Byron York: "There is a genuine, actual crisis at the border"

“The issue here really is the problem at the border and there is a genuine, actual crisis at the border,” York said on "America’s Newsroom" Monday.

The day before, President Donald Trump announced that Nielsen "will be leaving her position" after 16 months in the job.

Sen. Elizabeth Warren, D-Mass., who is vying for the Democratic nomination, responded to the announcement by writing on Twitter, “About time. @SecNielsen’s legacy of tearing innocent families apart will follow her for the rest of her life—and she should be ashamed of the role she played. She was completely unqualified to lead @DHS—and that's why I voted against confirming her.”

In response, York said, “they probably would not like whoever the next head of DHS is as well.”

He then talked about why he believes there is a "genuine" crisis at the border.

“DHS (Department of Homeland Security) says that 100,000 people were apprehended trying to cross the border illegally in the month of March. that is a number that’s in the league with the bad old days of the mid-2000s when there definitely was a crisis as well. And the problem is, the nature of the crossers, of migrants, coming across the border has changed,” said York. “In the old days, it was mostly single adult men who could be caught and quickly returned across the border. Now it’s families or groups presenting themselves as families and unaccompanied children and by U.S. law they cannot be detained for more than a few days, they cannot be separated and they cannot be returned so it’s an entirely different situation that’s clearly reached the breaking point.”

In a tweet Sunday, Trump thanked Nielsen for her work and announced that U.S. Customs and Border Protection Commissioner Kevin McAleenan would be taking over as acting head of the department. McAleenan is a longtime border official who is well-respected by members of Congress and within the administration.