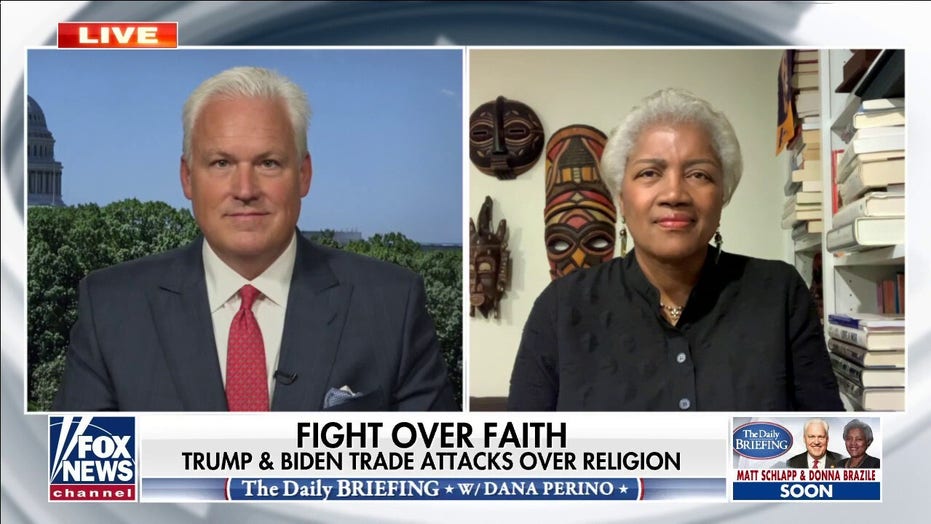 A conservative faith-based political advocacy group has called on presidential candidate Joe Biden to publicly condemn the “disturbing rise” of attacks on the Catholic faith and to break his “deafening silence.”

CatholicVote cited a growing number of violent acts of vandalism and arson against Catholic churches and other symbols of the faith.

“Catholic churches across America are literally burning, and Joe Biden has said nothing,” CatholicVote President Brian Burch said Thursday. “Leading members of the Democratic Party have fueled a climate of hate against Catholics, and these attacks have now led to acts of vandalism and violence.”

Burch's group pointed to a report by the Wall Street Journal that showed over a dozen churches and religious statues were vandalized in the period of a week in July.

CatholicVote also highlighted a separate event where “satanic symbols” were spray painted on the door of St. Joseph Church in New Haven, CT, according to a Facebook post detailing the incident.

“The underlying motive of these sacrilegious attacks is clear: to intimidate and instill fear in the hearts of those who worship Christ,” the Archdiocese of New Haven said in the post.

“Leading members of the Democratic Party have fueled a climate of hate against Catholics, and these attacks have now led to acts of vandalism and violence,” Burch said in a statement Thursday. “These attacks on the Church raise serious questions about the commitment of Joe Biden, a self-professed Catholic, to stand up to the rising climate of anti-Catholicism across the country,” he added.

“Take away your guns, take away your Second Amendment. No religion, no anything,” Trump said Thursday during a visit to Ohio where he was meant to discuss economic recovery.

Biden, who was the first Catholic vice president, would be only the second Catholic president if elected, after John F. Kennedy who served as president until his assasination in 1963.

“For President Trump to attack my faith is shameful,” Biden said in response to Trump’s remarks.

A Biden spokesperson, Andrew Bates, told Fox News earlier on Friday, "Joe Biden's faith is at the core of who he is; he's lived it with dignity his entire life, and it's been a source of strength and comfort in times of extreme hardship.”

"Donald Trump is the only president in our history to have tear-gassed peaceful Americans and thrown a priest out of her church just so he could profane it -- and a Bible -- for his own cynical optics as he sought to tear our nation apart at a moment of crisis and pain,” Bates continued. “And this comes just one day after Trump's campaign abused a photo of Joe Biden praying in church to demean him, in one of the starkest expressions of weakness throughout this whole campaign."

Caleb Parke contributed to this report.