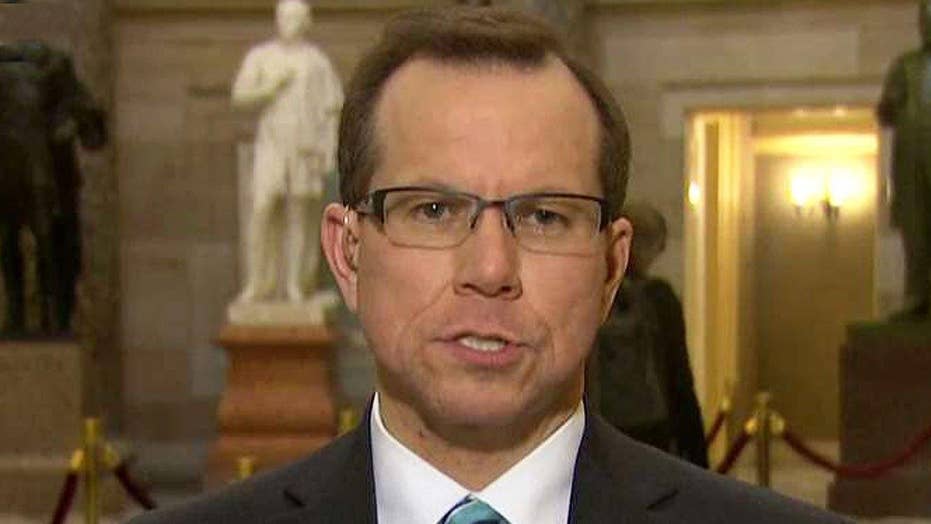 Taking a first step toward repealing and replacing ObamaCare, Congress on Friday approved a budget framework that would smooth the way for an eventual vote on dismantling the outgoing president’s signature health care law.

The House voted 227-198 for the measure, following a vote in the Senate earlier this week.

The framework does not directly deal with repealing the Affordable Care Act. Rather, it would prevent Democrats from using a Senate filibuster to derail a future bill nixing and replacing the health law. That's critical because it takes 60 votes to end filibusters, and Republicans have only a 52-48 Senate majority.

The budget, which does not need the president's signature, was considered a critical step for majority Republicans in their bid to work with the incoming Donald Trump administration in fulfilling vows to replace the health care law.

"The `Unaffordable' Care Act will soon be history!" Trump tweeted Friday, a week away from taking office.

But the vote also keeps the pressure on Trump and his congressional allies to swiftly come up with legislation to both repeal and replace the program.

Republicans still have internal divisions over what that would look like, though past GOP proposals have cut much of the existing law's federal spending and eased coverage requirements while relying more on tax benefits and letting states make decisions.

Friday's final vote was preceded by fierce debate on the floor. Democrats praised it for extending coverage to tens of millions of Americans, helping families afford policies and seniors buy prescriptions, while Republicans focused on the rising premiums and deductibles and limited access to doctors and insurers that have plagued many.

House Speaker Paul Ryan, R-Wis., said the health care law was "so arrogant and so contrary to our founding principles" and had not delivered on Obama's promises to lower costs and provide more choice.

"We have to step in before things get worse. This is nothing short of a rescue mission," Ryan said.

"Our experimentation in Soviet-style central planning of our health care system has been an abject failure," said freshman Rep. Jodey Arrington, R-Texas.

Many congressional Republicans expressed opposition to leaders' initial emphasis on first passing a repeal bill and then focusing on a replacement -- a process that could produce a gap of months or longer. Trump has also pushed Congress to act fast, but pledged at his press conference earlier this week to repeal and replace the law at essentially the same time.