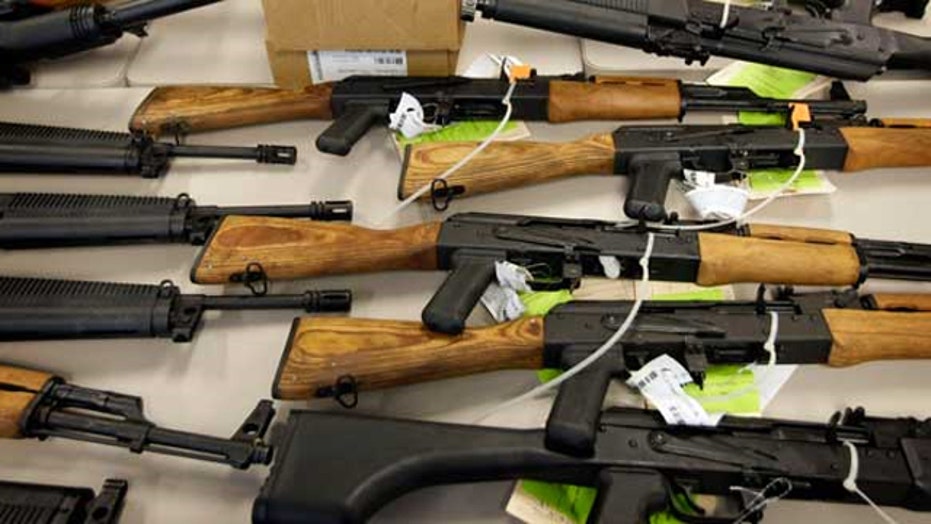 A controversial federal law enforcement program that critics say targeted businesses the Obama administration didn't like is about to face a new wave of congressional scrutiny, with Capitol Hill hearings set to begin Tuesday.

Under the program, called Operation Choke Point, banks and other financial institutions were reportedly pressured to cut off accounts for targeted businesses. This included gun stores, casinos, tobacco distributors, short-term lenders and other businesses.

Critics claim the program -- overseen by the Justice Department, Federal Deposit Insurance Corporation and other agencies -- was used to squeeze legal companies that some politicians considered morally objectionable.

"Our concern is you have agencies in the Obama administration that are using government as a weapon and they going after industries and people that they don't like," said Republican Rep. Sean Duffy, who co-chairs the Financial Services Subcommittee on Oversight and Investigations. "This is not the old Soviet Union or Venezuela or Cuba. I think it's important for all Americans to stand up and push back on policies that are an abuse of government."

The subcommittee hearings are expected to begin midday Tuesday. More may be scheduled in the future.

Brennan Appel, owner of Global Hookah Distributors, said he realized he was a victim of Operation Choke Point after he got a letter from Bank of America telling him that after 12 years of working together, it was closing all his business and personal accounts.

"I thought that it had to be a mistake," he said. "How could something like this happen when you've been with a bank since 2002 and you've had such a great relationship? With no explanation as to what you did wrong, you can only make assumptions. I'm running a legal business. I'm not doing anything wrong. I'm following the laws so why are my accounts being closed like this for absolutely, in my opinion, no reason?" Appel said.

Appel said a few months later, his payment-processing company also dropped him. "I started this business when I was 18 years old, funded my way through college with it and have continued on growing the company into what it is today. And I feel like, why do you get punished when you are growing a company?"

Appel began recording his conversations with Alex Bacon, the president of EFT which was his payment processor. He wanted to prove he was the target of Operation Choke Point.

An excerpt from one conversation showed the program being specifically mentioned:

Bacon:  "Have you heard of a little thing, you know, called Chokepoint, you know the CFPB?"

Bacon : "They're taking aim at industries like you and others to eliminate you from business by choking off your payment processing."

Another conversation seems to underscore the fear among the financial industry (financial institutions reportedly were told they would face increased audits and scrutiny if they kept accounts for targeted businesses):

Bacon: "There's literally nothing I can do."

Appel: "And they're the one that's getting forced ..."

Appel: "Yeah, because they probably tell them, if you don't do this, we're going to make your life ..."

Bacon: "We're going to make your life miserable. Instead of auditing you once a year, we're going to audit you four times a year, and then we're going to come in and look at all of this and then if we find anything negative, we're going to write it up and then you're going to incur increased costs, increased uh focus with your board of directors, and from other banking regulators. And they all run scared because they're all sheep."

Appel turned the recordings over to the U.S. Consumer Coalition, which has taken on the Operation Choke Point issue. The coalition, which is not a government entity, began working with members of Congress on it.

Several members of Congress have openly called Operation Choke Point a blatant abuse of power, and an example of government bureaucrats appointing themselves morality police so they could operate around the law.

Duffy and other lawmakers plan to question FDIC Chairman Martin Gruenberg about Operation Choke Point and its intention.

In response to the controversy, the FDIC put out a statement which said in part: "It is the FDIC's policy that insured institutions that properly manage customer relationships are neither prohibited nor discouraged from providing services to any customer operating in compliance with applicable law ... the FDIC has a responsibility to cooperate with other government agencies and to ensure that the banks we supervise are adhering to laws, including those governing anti-money laundering and terrorist financing."

Initially, the FDIC put out a list of 30 high-risk businesses, but that list has since been rescinded.

The U.S. Consumer Coalition claimed taking down that list only removed a guideline, and without a specific list of businesses, the subjectivity of who gets targeted was increased.

Brian Wise, with the U.S. Consumer Coalition, points out the irony. "By shutting down the bank accounts of these legally operating businesses, what they're actually doing is forcing these businesses to deal solely in cash, which is completely opposite of what they have said their intention is," he said. "It's a whole lot easier to launder money with cash than having to go through a financial institution."

Wise said questioning the chairman of the FDIC is a good start, but the problem doesn't end there. "We know that it doesn't just stop with the FDIC. This is a program that includes the CFPB, FDIC, Department of Justice and may lead all the way up to the president," he said.

Appel has found a new bank to handle his businesses for now, but has opened several backup accounts in case his new bank drops him as well.