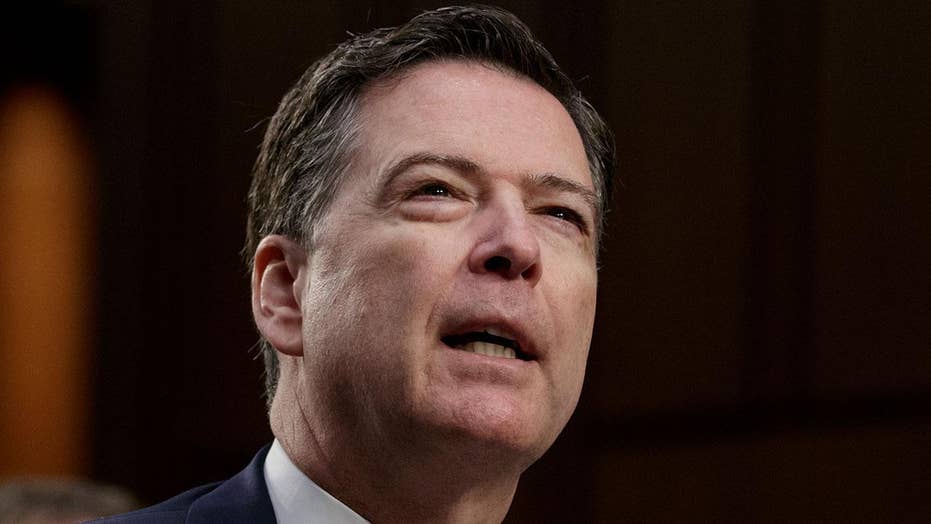 Former FBI Director James Comey testified before the Senate Intelligence Committee and was pressed on a range of issues. Here are five new things we learned

Former FBI Director James Comey testified in front of the Senate Intelligence Committee Thursday, one month after being fired by President Trump. The highly anticipated testimony addressed the Russia investigation, Comey’s leaked notes on his conversations with the president, his decision to speak out on the Clinton investigation and more.

Comey took meticulous notes following interactions with Trump on several occasions. Sen. Roy Blunt of Missouri asked Comey to clarify whether he felt as though those writings were personal, or property of the government. Comey responded that he felt they were personal documents. "I understood this to be my recollection recorded of my conversation with the president," he said. "As a private citizen, I felt free to share that. I felt [it was] very important to get it out."

Comey said in his testimony that after Trump tweeted about possible tapes of their conversations, he woke up in the middle of the night, realizing that he may have some corroboration in the form of his notes. He asked a friend, a professor at Columbia Law School, to get his notes to the media. When asked why he didn’t take them directly to the press, Comey said it would have been like “feeding seagulls at the beach” and he hoped to get away for the weekend with his wife, to “hide”.

Comey admitted that he didn’t feel the need to take notes following conversations with former Presidents Barack Obama or George W. Bush. He said he documented his conversations with President Trump because he feared the president might “lie about the nature” of their meetings.

Sen. Marco Rubio, a Republican from Florida, asked whether Comey ever alerted anyone at the White House to the fact that he was troubled by the president’s conversations with him. "I don't know,” Comey replied.  “I think the circumstances were such that I was a bit stunned and didn't have the presence of mind."

Rubio also asked why Comey didn’t tell Trump directly that he felt it was inappropriate for a president to ask the FBI director for information about an ongoing investigation. Comey replied that he tried to avoid answering the questions at first by telling Trump, “I’ll see what I can do.” He later advised Trump that those requests should be made through the White House counsel.

Comey was asked if he prepared his written testimony based off of his personal notes, to which he said he had. He revealed that he then turned over the memos about his talks with the president to the special counsel, Robert Mueller, and did not retain a copy.

Sen. James Lankford, a Republican from Oklahoma, asked Comey if his friend, the Columbia professor, might still have original copies of the notes.

"It's a good question," Comey replied. "I think so, I guess I can't say for sure sitting here.”

"So the question is, could you ask them to hand that copy right back to you so you can hand them over to this committee?" Lankford asked.

"I would like to move that from potential to see if we can ask that question so we can have a copy of those. Obviously, those notes are exceptionally important to us," Lankford said.

Comey said that his decision to make a public statement last July on the FBI’s probe into Hillary Clinton’s email server was, in part, prompted by former President Bill Clinton’s surprise meeting with then-Attorney General Loretta Lynch on an Arizona tarmac.

He said he made the decision “to protect the credibility of the investigation,” which he said meant protecting the reputations of the FBI and the Justice Department.

Comey also told the Senate Intelligence Committee he was "troubled" when his boss, Lynch, asked him to refer to the probe of Hillary Clinton's secret email server a "matter" and not an "investigation." He said he pushed back on the language, but admits that perhaps he should have resisted further.

Comey confirmed in his written testimony and in Thursday’s hearing that he had assured then-President-elect Trump that he was not personally under investigation by the FBI, back in January. He further clarified to the Senate Intelligence Committee that at the time he left the FBI, the President was not under investigation personally.

“Was the president under investigation at the time of your dismissal on May 9?” asked Sen. Susan Collins, a Republican from Maine.

COMEY BELIEVES HE WAS FIRED OVER THE RUSSIA INVESTIGATION

Though there are various theories about why Comey might have been fired, Comey told the committee: “I take the president at his word that I was fired because of the Russia investigation.”

“Something about the way I was conducting it, the president felt created pressure on him that he wanted to relieve. Again, I didn’t know that at the time. But I’ve watched his interview. I’ve read the press accounts of his conversations.”

Even though Comey said he thinks he was fired over the Russia probe, he said he cannot say whether Trump was guilty of obstruction of justice. He also said Trump did not specifically ask him to stop the Russia investigation as a whole. 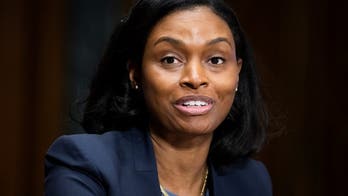