Democrats have tried and failed five times to unseat Coffman, but this time around, Democrats are confident political newcomer and combat veteran Jason Crow will win a district that has become increasingly more blue. (AP Photo)

DENVER – On a Sunday morning – just two days before Election Day, in the hardest campaign fight of his political life – Republican Mike Coffman sat in the front row of the largest Ethiopian Orthodox Christian Church in the state.

His message was two-fold: he’s working on a direct flight from Ethiopia to Denver, and he encouraged the faithful to vote for him in Colorado’s 6th Congressional district race.

Over the last 10 years, Coffman has built a reputation for successfully building relationships with the growing number of his minority constituents, and thereby winning elections he was supposed to lose.

If Democrats are going to gain the 23 seats needed to flip control of the House, they’ll have to win in more suburbs, like Colorado’s 6th district.

In 2012, Coffman’s district was redrawn, becoming far more diverse – shifting it from solidly Republican to a battleground district.

Democrats have tried and failed five times to unseat Coffman, but this time around, Democrats are confident political newcomer and combat veteran Jason Crow will win a district that has become increasingly more blue. The Fox News Power Rankings rates this district as leaning Democrat in this upcoming race. Polls also have Crow up.

Now that 38 percent of his constituents are minorities, made mostly of Hispanic, African and Asian Americans, Coffman has adapted and worked hard to keep his seat. He’s learned to speak Spanish, regularly goes on Telemundo and Univision programming and holds bilingual town halls. He even debated an opponent in Spanish – striking for a Republican in a district now 19 percent Hispanic.

The 63-year-old Iraq War Veteran is also beloved by the burgeoning Ethiopian community in Denver’s growing suburbs. He’s a local hero and a known by name back in Ethiopia for co-sponsoring legislation that pressures Ethiopia’s authoritarian government to stop human rights abuses.

“Democrats have ignored these communities because they are registered as Democrat,” Coffman told Fox News. “They take them for granted. So they show up right before the election and say, ‘hey I'm your candidate, vote for me.’”

Coffman’s relentless outreach has worked. In 2014, President Obama won this district and in the 2016 presidential election Hillary Clinton beat Donald Trump in here by 9 points. Yet, Coffman found a way to beat his Democratic challenger that year by 8 points.

This year, however, is different, given President Trump’s unpopularity in the suburbs, especially in the swing state of Colorado, which has voted Democratic in the last three presidential elections.

“There’s the one challenge of just dealing with the anti-Republican, anti-Trump wave, but then it is compounded by the second challenge of being a Republican in a party dominated by Donald Trump, in a district dominated by immigrants of all sorts,” said political analyst Eric Sondermann.

Coffman has distanced himself from President Trump over the last two years, especially on issues of immigration. He has spoken out against family separation, the travel ban, he’s called for the firing of White House Advisor Stephen Miller, and Coffman was the first Republican to side with Democrats against Trump’s repeal of net neutrality laws.

The Denver Post newspaper even endorsed Coffman, praising him for making a “mad-dash to the center” and for representing “the kind of thoughtful leadership and independent voting that we wish all members of Congress exhibited in these trying times.”

Coffman, however, is going up against his most formidable opponent yet. Crow is a 39-year-old lawyer and Army Ranger who served in both Iraq and Afghanistan. The father of two is new to politics and is running on a campaign that promises a new generation of leadership in Washington D.C. He has said he would not support Nancy Pelosi for House speaker.

Crow is also on the winning side of a record $24 million dollars flushed into the district. It’s the sixth highest outside spending of any House race in the nation, with $16 million coming from outside groups and PACS – over $10 million of which is in support of Crow.

“I mean, I am concerned about the level of outside spending that has come in here,” Coffman said. “But I still think that I'm pretty well known in the district.”

The #crowmentum movement, as the campaign dubs it, will only be as strong as the turnout. Colorado is one of three states with all mail in-vote ballots. Coloradoans receive their ballots in the mail three weeks before the election and can either mail, drop off, or vote in person.

“They [ballots] are sitting on kitchen tables,” Crow told campaign volunteers. “They're sitting on coffee tables or sitting in nooks in the kitchens on piles of junk mail on people's desks it's up to all of us to go out. Leave it all on the table. Get those votes and if we do we will win. We will move this country forward.”

Overall, though, voting is outpacing 2014 levels. According to the secretary of state’s office, 134,855 more Coloradans have returned their ballots so far this year than at the same point in 2014. The total ballots returned is now at 1,514,817.

Also, as of Monday morning, Democrats are outpacing Republican registered voters, turning in 519,833 ballots compared to 515,131 for the GOP. Unaffiliated voters have turned in 461,164 ballots, and according to Magellan Strategies, this is well ahead of the 2014 pace.

“Unaffiliated voters are voting at a level never before seen in a midterm election in Colorado, at least at this point in the cycle,” read a statement by Magellan Strategies.

Turnout in Colorado’s sixth district is especially important among its Latino community. Latino and immigrant advocates at the Colorado Immigrant Rights Coalition say they see the energy on the ground.

“The imagery and the stories from the family separation at the border– it resonated,” said Kyle Huelsman, policy and advocacy manager at CIRC. “I’ve been surprised at the level of engagement.”

Back outside the St. Mary Ethiopian Orthodox Church Girum Alemayehu, a small business owner and supporter of Coffman, acknowledged how difficult this race this year will be considering many of his Ethiopian friends and family are registered Democrat.

“It is very difficult this election to convince our people that Congressman Mike Coffman is not supporting, you know, 100 percent of what Trump does,” Alemayehu said. “But Coffman’s been helpful to us and he kept his word. We honor the person who kept his word.” 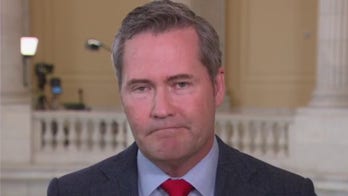 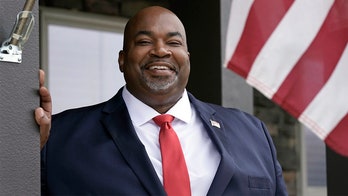