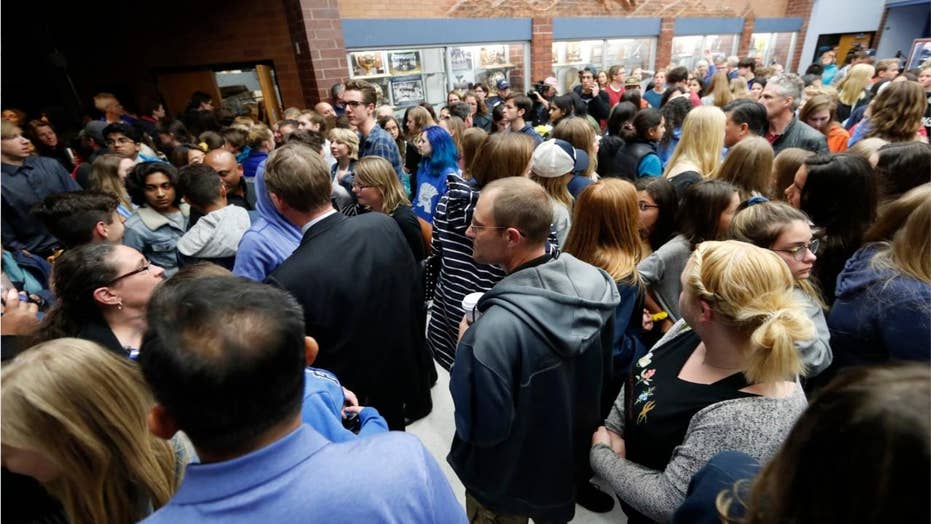 Students who survived a mass shooting at a suburban Denver school walked out of a vigil for a slain student in anger and tears.

Students in Colorado stormed out of a vigil Wednesday night for the victims of this week’s school shooting at STEM School Highlands Ranch after two Democratic politicians took the stage and called for gun control, according to local news reports.

The two Democrats who spoke at the vigil were Colorado Sen. Michael Bennet, who is running for president, and Rep. Jason Crow, whose congressional district includes STEM.

“STEM School students walked out of a vigil tonight after @RepJasonCrow & @SenatorBennet spoke,” tweeted Kyle Clark, an anchor with 9NEWS in Denver. “Students said their grief was being politicized. They later returned, took the mic, and some said they didn't want to be used to promote gun control.”

About 2,000 people packed a high school gym Wednesday night to remember 18-year-old Kendrick Castillo, who was shot and killed trying to tackle one of the shooters at STEM School Highlands Ranch on Tuesday.

Authorities have credited Castillo and two classmates with stopping the attack. Eight others were injured in the shooting.

According to the Denver Post, some of the students who walked out of the vigil on Wednesday night were chanting “mental health.”

The Brady Campaign to Prevent Gun Violence, which helped to organize the vigil, later released a statement apologizing to the offended students.

“We are deeply sorry any part of this vigil did not provide the support, caring and sense of community we sought to foster and facilitate and which we know is so crucial to communities who suffer the trauma of gun violence,” the group said.