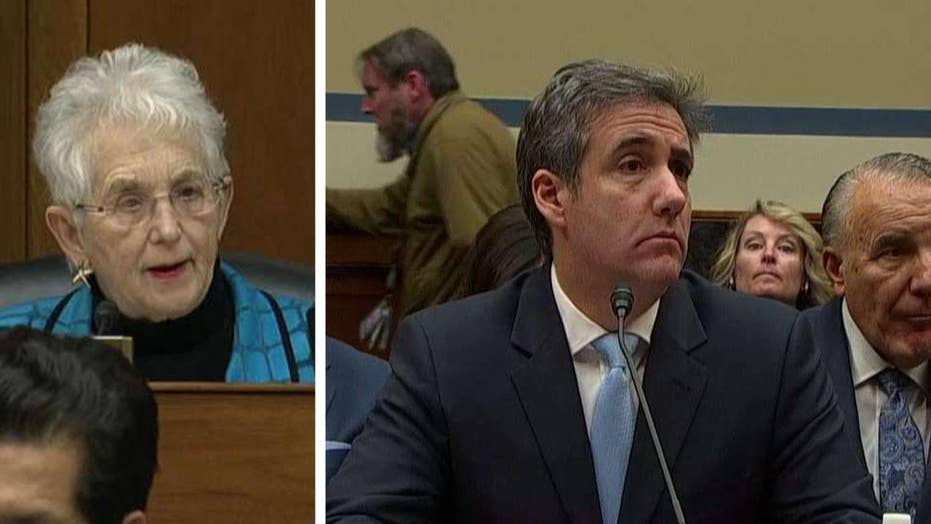 Former Trump lawyer Michael Cohen on Wednesday refused to rule out running for political office in New York, or taking a book deal after he is released from prison.

Cohen, testifying to the House Oversight and Reform Committee, was questioned by Rep. Virginia Foxx, R-N.C., about his reasons for appearing before the committee, and she queried whether it was motivated by wanting to rehabilitate his public image.

“You have sought out ways to rehabilitate your image from tax evader, bank swindler and all around liar to an honorable, truthful man by appearing before cable news,” she said. “I am concerned you could be using your story, and this congressional platform, for your personal benefit, such as a desire to make money from book deals.”

When asked, Cohen confirmed that he had spoken to people about possible book and movie deals down the line, and said he would not commit to not pursuing such opportunities when pressed by Foxx.

“Can you commit under oath you will not pursue opportunities to provide commentary for a major news network based on your experience working for the president?” Foxx then asked.

“Can you commit under oath that you will not pursue political office in the state of New York?” Foxx followed up.

The response prompted a rebuke from Foxx, who said: “So you don't commit to changing your ways basically because you want to continue to use your background as a serial cheater, convicted liar to make money, that’s what you want to do?”

“That’s going to get me a book deal, movie deal and a spot on television? I don’t think so,” Cohen replied.

“Well, it appears that it will,” Foxx said as she ended her remarks.

Later the book deal was raised again by Rep. Michael Cloud, R-Texas, who asked if Cohen would commit to donate any proceeds from any book or film deal to charity.