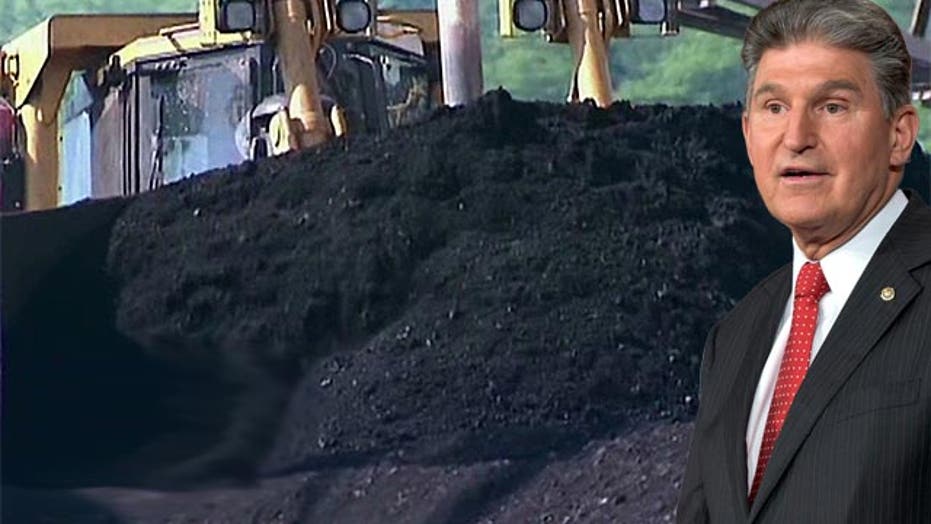 Officials head to WH to make case against EPA regulations

Coal state legislators took a carrot and stick approach to the Obama administration's so-called "war on coal" Thursday when a bipartisan West Virginia delegation went to the White House to plead it's case with new EPA Administrator Gina McCarthy, saying regulations are strangling the industry.

Sen. Joe Manchin, D-W.Va., left the meeting feeling encouraged. "I thought the meeting was very, very respectful, and it was very direct,” he said. “That was what it was supposed to be. It was very productive, too. "

At the other end of Pennsylvania Avenue, the House Science Committee was playing hardball with the new EPA chief -- threatening to issue subpoenas for data behind the tough new "source performance standards" for greenhouse gases.

Some suspect the data was politicized. Over the last 20 months, the committee sent six requests for the data and all were ignored.

The committee letter asks, "If the EPA has nothing to hide,why not provide this information to the Congress and the American people?"

It adds, "In light of EPA's steadfast refusal to cooperate, we are writing to inform you that failure to provide the requested documents will result in a subpoena to ensure disclosure."

Some 130, or one-sixth, of all coal-fired plants in the country are already idled by EPA regulations and by tough competition from natural gas -- made increasingly available through fracking.

Miners are hurting, said Rep. Nick Rahal, R-W.Va. His district lies in the heart of coal country in southwest West Virginia. "People are losing their good health care benefits,” he said. “They're losing the pension benefits. And even those who are working are fearful of when the pink slip will come their way."

Nick Akins, President and CEO of American Electric Power, concurs. He points to a ripple effect through the economy when plants are idled, since they provide not only direct employment, but also a tax base for schools and services.

"In many cases, these plants are the communities that are being served in terms of fire protections,police protections, taxes... those kinds of things,” he said. “This is having a dramatic impact on these communities as a result."

Despite Manchin's characterization of Thursday’s White House meeting as "productive," coal state leaders fear any concession that McCarthy may be willing to make might be over-ruled by her boss.

Then presidential candidate Obama appears to have kept his word when he told the San Francisco Chronicle in 2008, " If someone wants to build a coal-fired plant, they can. It's just that it will bankrupt them, because they'll be charged a huge sum for all that greenhouse gas that's being emitted."