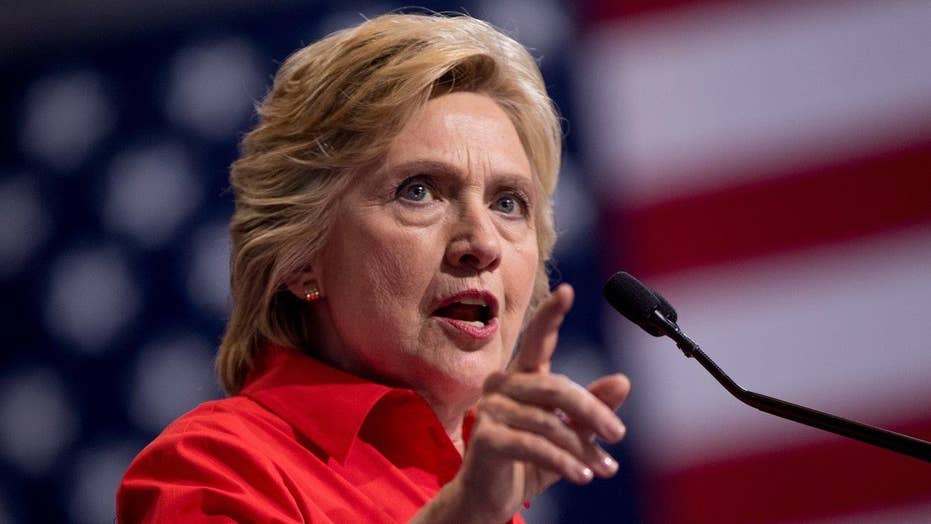 Hillary Clinton is getting hammered for saying on “Fox News Sunday” that FBI Director James Comey confirmed her statements on her email scandal were “truthful” – with one prominent fact-checker giving the claim four “Pinocchios.”

The former secretary of state cited Comey when asked to account for her repeated claims that she never sent or received material marked classified on her personal email account. When host Chris Wallace noted that Comey said those things were not true, Clinton disagreed.

“That's not what I heard Director Comey say … Director Comey said that my answers were truthful and what I've said is consistent with what I have told the American people, that there were decisions discussed and made to classify retroactively certain of the emails,” she said.

“Clinton is cherry-picking statements by Comey to preserve her narrative about the unusual setup of a private email server. This allows her to skate past the more disturbing findings of the FBI investigation,” the Post wrote, noting that she was relying on Comey’s statement to Congress: “We have no basis to conclude she lied to the FBI.”

Comey was referring to Clinton's statements to the FBI when he said it did not appear that she "lied." (Associated Press)

However, the FBI director did not say the same about her statements to the American public. And during testimony before a House committee, Comey said it was “not true” that nothing Clinton sent or received was marked classified. To the contrary, he said, “there was classified material emailed.”

The Post concluded: “While Comey did say there was no evidence she lied to the FBI, that is not the same as saying she told the truth to the American public — which was the point of Wallace’s question. Comey has repeatedly not taken a stand on her public statements.

“And although Comey did say many emails were retroactively classified, he also said that there were some emails that were already classified that should not have been sent on an unclassified, private server. That’s the uncomfortable truth that Clinton has trouble admitting.”

Sen. Ben Sasse, R-Neb., also called out Clinton on Twitter for the claims.

This is totally false, @HillaryClinton

The campaign has stressed, with regard to the emails apparently marked classified, that Comey acknowledged during the hearing in question the markings themselves were not properly marked. The State Department also has suggested those markings shouldn’t have been there.

Clinton, meanwhile, acknowledged again on “Fox News Sunday” that she made a “mistake,” while appearing to spread the blame around.

“I take classification seriously. I relied on and had every reason to rely on the judgments of the professionals with whom I worked. And so, in retrospect, maybe some people are saying, ‘Well, … among those 300 people, they made the wrong call,’” Clinton said. “At the time, there was no reason, in my view, to doubt the professionalism and the determination by the people who work every single day on behalf of our country.”