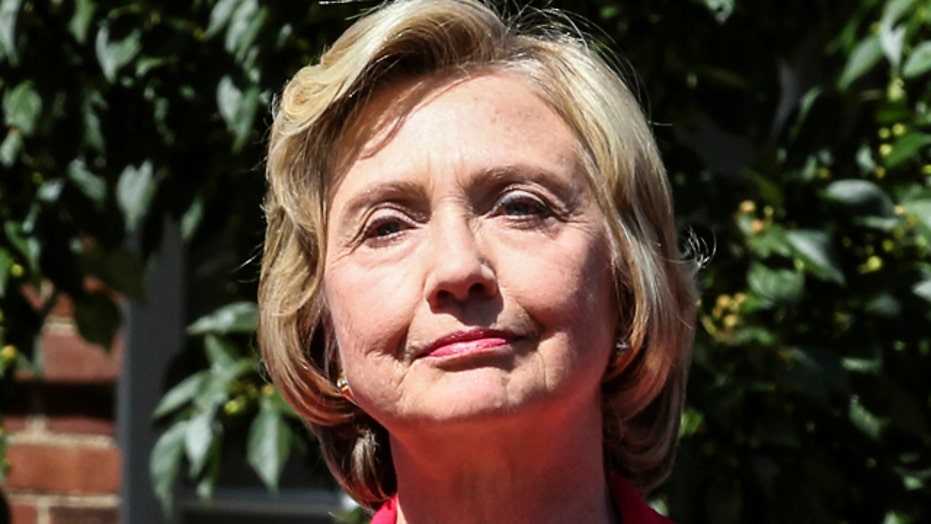 Democratic presidential candidate Hillary Clinton on Saturday confirmed that she and her family personally paid a State Department staffer to maintain the private email server that Clinton used when she led the agency.

“We obviously paid for those services and did so because during a period of time we continued to need his technical assistance,” the former secretary of state told reporters after a campaign stop in Portsmouth, N.H.

She also said the payments to former agency IT specialist Bryan Pagliano are “in the public record.” And she commented on Pagliano’s reported decision to plead the Fifth Amendment if called to give closed-door testimony before the GOP-led House’s Select Committee on Benghazi.

"We encouraged everyone to cooperate,” Clinton said. “Facts are facts. I would very much urge those who are asked to cooperate to do so."

A congressional source told Fox News on Friday that committee investigators hope to question Pagliano over possible destruction of evidence. Clinton turned over emails from the private server that she deemed official and deleted those she considered personal.

The official also told the newspaper that the arrangement also ensured that taxpayers weren’t paying for the upkeep of the server that was shared by Clinton, her husband, the former president, and their daughter as well as former aides.

Clinton, who was secretary of state from 2009 to 2013, is under scrutiny for using the private server and personal email accounts to conduct official business.

The Justice Department is investigating the matter and has a server. Among the questions are whether Clinton knowingly sent or received classified information and whether the setup resulted in any security breaches. Clinton, the Democratic frontrunner in the 2016 White House race, has said she never knowingly sent or receive classified information.

Pagliano served as the IT director of Clinton's 2008 campaign committee, then on her political action committee, according to The Post. He installed and managed her server and left his IT job at the State Department in February 2013, the same month Clinton stepped down as secretary.

The Post reports the Clintons paid Pagliano $5,000 for “computer services” prior to him joining the State Department, according to a 2009 financial disclosure form he filed. After he arrived on the State Department’s staff in 2009, he continued to be paid by the Clintons to maintain the server, a campaign official and another person familiar with the arrangement told The Post.

Pagliano reportedly didn’t list any outside income in the required personal financial disclosures he filed each year. The Post reports he remains a State Department contractor doing work on “mobile and remote computing functions,’ according to the State Department.

It’s not known exactly when or who “wiped” Clinton’s personal email server. However, it seems clear the move came after October 2014, when the State Department requested personal emails be returned as part of her business records.

Committee Republicans have long argued they don’t have all the documents that should be available to the investigation, after Clinton, using her personal discretion, purged some 30,000 emails.