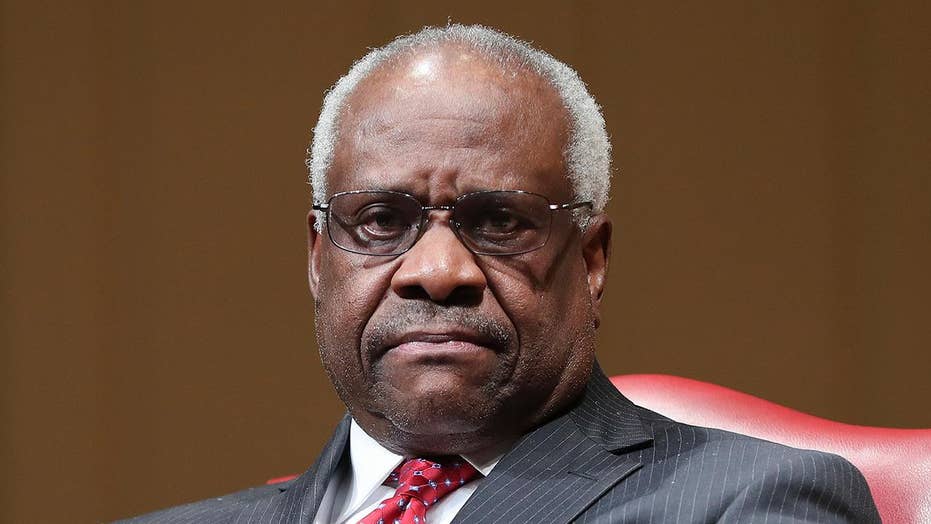 Clarence surprised court watchers toward the end of arguments in a case involving a black Mississippi death row inmate who is asking the Supreme Court to toss his conviction because of racial bias in jury selection.

Supreme Court Justice Clarence Thomas said in a recent appearance that he does not think religious beliefs interfere with a judge’s job, and criticized attempts by Democrats to impose “religious tests” on judicial nominees.

Thomas, in remarks last week that were first reported by The Daily Caller, was asked about the 2017 confirmation hearing of Amy Coney Barrett where Sen. Dianne Feinstein, D-Calif., told the Catholic: “The dogma lives loudly within you and that’s a concern.”

He was asked if religious convictions should be taken into consideration when lawmakers were considering a judicial pick.

“I thought we got away from religious tests,” Thomas, himself a Catholic, said at Pepperdine University School of Law. “I don't think I know a single judge that had allowed religion to interfere with their jobs.”

In January, Sens. Kamala Harris, D-Calif., and Mazie Hirono, D-Hawaii, also raised concerns about lawyer Brian Buescher's membership in the Catholic Knights of Columbus as part of the Senate Judiciary Committee's review of his nomination by President Trump to sit on the U.S. District Court in Nebraska. 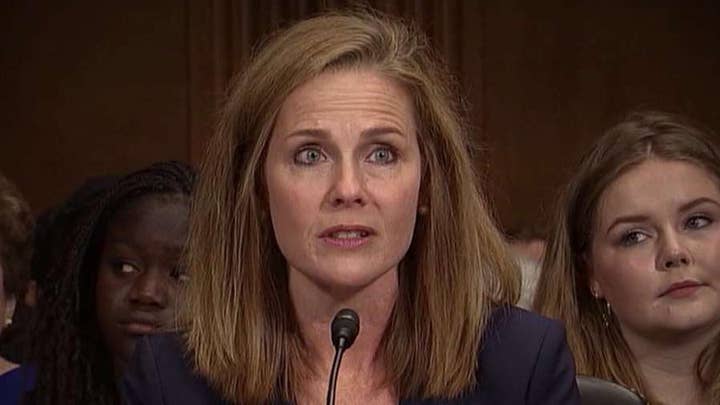 Harris, in her questions to the nominee, called the Knights of Columbus “an all-male society” and asked the Nebraska lawyer if he was aware that the group was anti-abortion and anti-gay marriage when he joined. The Catholic Church has opposed both abortion and gay marriage for centuries.

Thomas said that he had discussions about faith with the late-Justice Antonin Scalia and that they both felt that it would be a “violation of his oath to somehow allow his faith to displace the law.”

“Because we took an oath to enforce the law and interpret it impartially, and he took it very seriously,” he said.

Thomas wrote the forward for a collection of Scalia’s writings -- “On Faith” -- in which he wrote that Scalia’s Catholic faith “helped him to understand that he had no right or license to exceed his judicial authority or to abdicate his responsibilities; it imposed a constant judicial modesty or humility.”

In his comments last week, Thomas said it was interesting that skepticism of faith came in a profession where many take an oath before taking office.

“I think it’s interesting in a profession where we all take an oath, that they would look at people who have strong faith as somehow not good people, when, if you’re an atheist, what does an oath mean?”