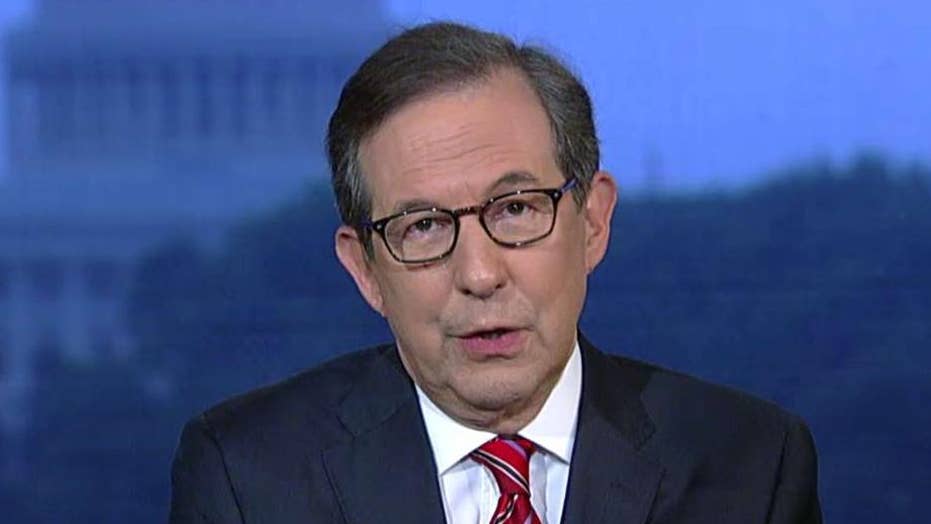 Speaking on “America’s Newsroom,” Wallace said, “What really comes across to me most of all is that for two years, Donald Trump sat there and said I don't have an attorney general, I don't have somebody out there looking for and protecting my interests. He clearly has that now with Bill Barr.”

“Not saying that Barr isn't right in everything he says, but he clearly is protecting this president and advocating his point of view on a lot of these issues.”

“And I suspect that President Trump, who probably has watched some of this interview himself, is saying finally, 'No Jeff Sessions, Bill Barr instead,'” Wallace added.

During the sit-down with Fox News anchor Bill Hemmer – Barr’s first TV interview since becoming attorney general – Barr said the country must know “exactly what happened” with counterintelligence activities conducted during the 2016 election -- and that he is determined to get to the bottom of the case.

On “America’s Newsroom” on Friday, Wallace also reacted to the latest Fox News Poll, which showed former Vice President Joe Biden leading the race for the 2020 Democratic nomination for president.

Among Democratic primary voters, Biden’s 35 percent (up from 31 percent in March) leaves Vermont Sen. Bernie Sanders in a distant second place with 17 percent (down from 23 percent).

“I think there is something to be made of it, but I don’t think you make too much of it,” Wallace said about the poll results.

“Clearly Joe Biden has a lot of support inside the party from more moderate people, from establishment people, from African-Americans who credit him for his service with Barack Obama for eight years as vice president.”

“On the other hand, this race hasn’t even begun. Let's see Joe Biden appear on that debate stage with nine other candidates at the end of June and see how he does. That's going to be the real test. How does he stand up? He has not been a successful presidential campaigner in the past,” Wallace said.

He added, “I think there are two issues, one is age and how he stands up and whether he looks like he’s ready and able to take on the challenges of being president and secondly, he’s going to get hit a lot on his long record.”

Wallace then referenced Biden’s position on things like the "crime bill" and abortion.

As a senator from Delaware, Biden helped write the 1994 Violent Crime Control and Law Enforcement Act, which was seen at the time as a tool to crack down on crime but has since been ridiculed as needlessly leading to the jailing of a generation of people of color.

Most recently, Biden denounced the new Alabama law that makes nearly all abortions in the state illegal and makes performing one a felony. He also condemned other laws like it, saying they are unconstitutional.

“It's a solid early lead, as you say, it’s an expanded early lead from when he first got into the race. But I think an awful lot of it is based on name recognition and familiarity. He’s going to have to earn the lead on the campaign trail,” Wallace said.