Stuart Varney says U.S.-China trade negotiations are at a 'standoff'

Fox Business Network anchor Stuart Varney said Friday on "Fox & Friends" that the trade talks between the Trump administration and President Xi Jinping's government in China is "the most important financial story of the year."

Varney, host of "My Take" on Fox Nation, said that the situation involves the "world's two biggest and most dynamic economies."

"It is, frankly, a standoff," Varney said. "The tariffs are in place, the Chinese say ... they may retaliate but we don't know how. Talks are progressing."

Chinese Vice Premier Liu He flew to Washington to engage in high level meetings in the District with members of Trump's team.

REBECCA GRANT: FOR TRUMP, THE CHINA TRADE WAR BEGAN LONG AGO - AND THIS IS A WAR HE'S DETERMINED NOT TO LOSE

Varney said Trump has positioned himself as the "negotiator-in-chief" and is coming at the problem from a position of strength.

"I want to see President Trump in our negotiating chair and nobody else. That is what he does best," Varney said of the former New York City real estate mogul. 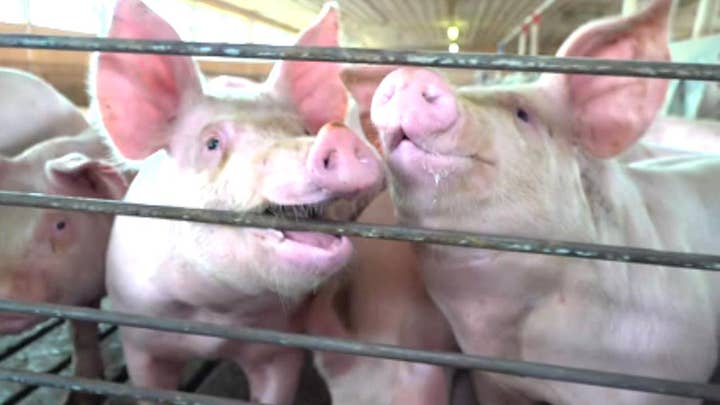 Varney agreed with Trump's past sentiments that China has taken advantage of the United States.

"Our market ... is huge, and they have exploited it. They've exported stuff to us year after year," he said, adding that the combination of quality and price point for Chinese goods in America is a positive thing.

Varney said that another big question is whether or not the "farm belt" will continue to support Trump as the tarriffs begin to affect agriculture.

In a report Friday afternoon, Fox Business correspondent Jeff Flock said that, while visiting an Illinois hog farm, China is a large market for American pork.