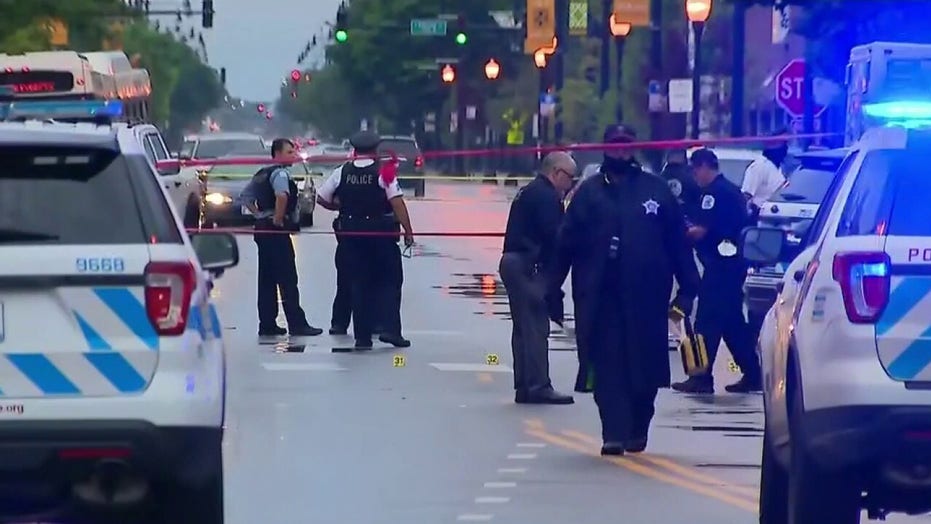 Even as Chicago Mayor Lori Lightfoot was accusing President Trump of trying to "terrorize" her city by sending in federal forces to quell skyrocketing crime, bullets were flying Tuesday evening outside a South Side funeral home in a shocking fusillade of gunfire that left at least 15 people wounded.

Lightfoot's Twitter message vowing to bar the feds and referring to the Trump administration as a "dictatorship" went out almost simultaneously as the drive-by attack, and on a day when a number of other shootings occurred elsewhere in the city.

“Under no circumstances will I allow Donald Trump’s troops to come to Chicago and terrorize our residents,” Lightfoot wrote.

"We do not welcome dictatorship."

After news spread about the funeral home shootings, Lightfoot vowed those responsible would be held accountable.

"Too many guns are on our streets and in the hands of people who should never possess them," Lightfoot wrote. "These individuals will be held accountable. I ask that anyone with information on this incident please come forward or sumbit a tip anonymously at cpdtip.com."

The victims were fired upon while leaving the funeral home when a black vehicle with multiple occupants drove past around 6:30 p.m. local time, according to police. Sources told the Chicago Sun-Times the funeral was for Donnie Weathersby, 31, who was gunned down last week about a mile and half northeast of the funeral parlor. Police could not yet determine if the shootings were gang-related or if the shooters and victims knew each other.

Some of the mourners exchanged gunfire with the people inside the vehicle before it crashed down the block. The victims were taken to five hospitals, where they were listed conditions ranging from serious to critical. At least one person has been arrested but police haven’t given a motive or said if the shooter and the victims knew each other, the Chicago Tribune reported.

On Monday, President Trump vowed to send federal forces into the city.

That same day, Lightfoot told MSNBC she would not allow “tyranny” in Chicago – a reference to controversial tactics used by federal agents sent into Portland, Ore., to quell rioting – but admitted Tuesday the city would be working “collaboratively” with the FBI, Drug Enforcement Administration and the Bureau of Alcohol, Tobacco, Firearms and Explosives to bring down violent crime, the Tribune reported.

A neighbor who lives near the funeral home said she went outside when they heard gunshots.

“All we saw was bodies just laying everywhere. They were shot up everywhere,” Arnita Geder told the Sun-Times. “We thought it was a war out here. It’s ridiculous all the shooting that’s going on out here, it really has to stop.”

She said the city would go to court if the federal government deployed “unnamed federal special secret agents onto our streets to detain people without cause and effectively take away their civil rights and their civil liberties without due process,” referring again to Portland. 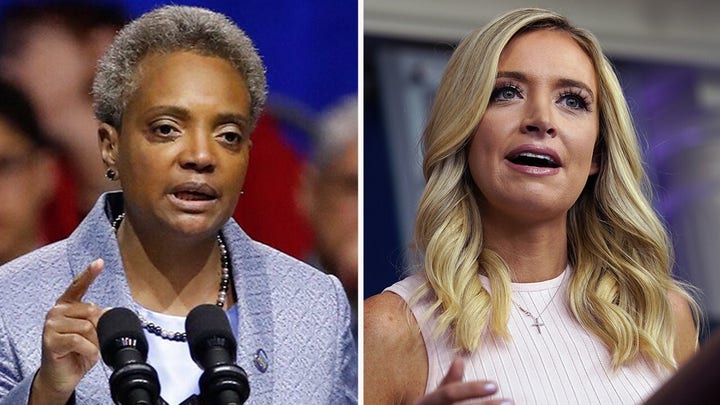 “Karen” is a pejorative word usually referring to a middle-aged white woman who seems entitled.

On Friday, Chicago saw more unrest as police and rioters clashed near the city's Christopher Columbus statue in Grant Park. Nearly 20 police officers were injured as rioters hurled objects at them. 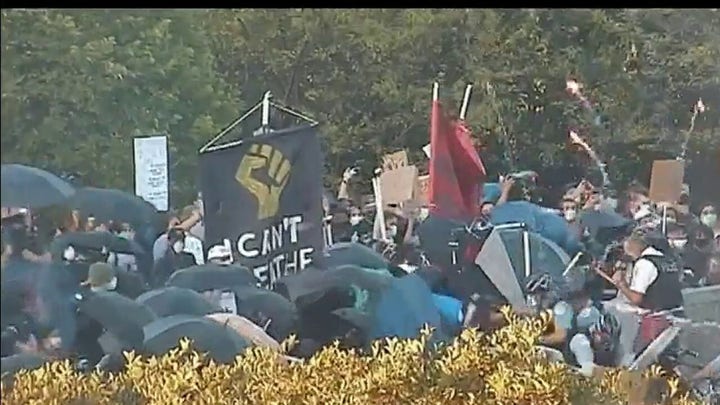 Tuesday’s shooting was one of the worst in the city’s recent memory and comes as more than 2,000 people have been shot in Chicago this year, FOX 32 reported.