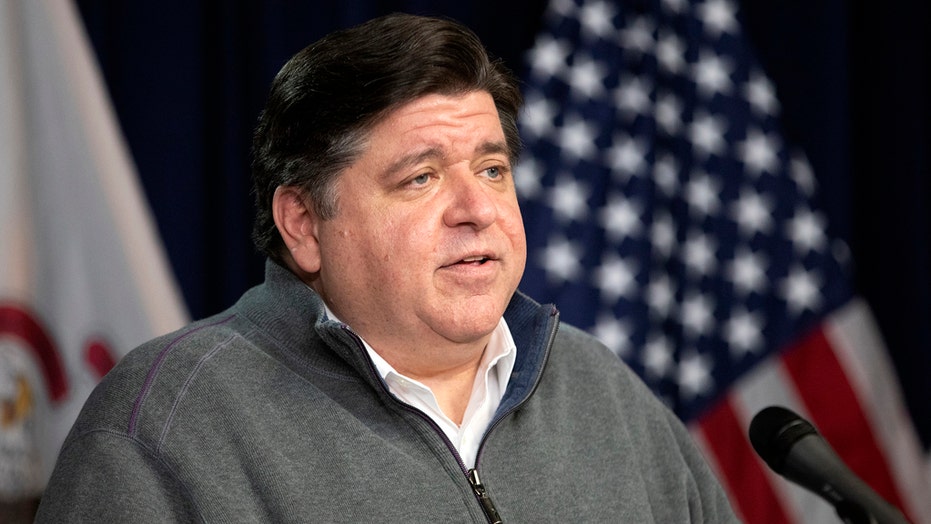 Elim Romanian Pentecostal Church and Logos Baptist Ministries, both represented by Liberty Counsel, had filed a federal lawsuit Friday arguing that limiting churches' attendance is unconstitutional, and pointing out that liquor stores, marijuana dispensaries and supercenters are allowed to accommodate large crowds.

“Governor Pritzker clearly does not seem to know that churches have the First Amendment right to exist, but businesses do not," Mat Staver, Liberty Counsel founder and chairman, said in a statement to Fox News.

Cristian Ionescu, the senior pastor of Elim Romanian Pentecostal Church in Chicago, blasted Pritzker on Monday for giving the churches a "death sentence" by limiting congregations like his – which seats around 1,300 parishioners – to just 10 people.

Ionescu, who immigrated from communist Romania in 1987, urged other pastors and faith leaders across the Land of Lincoln to stand up and speak out in a blog post on Monday.

"In Romania, we knew our rights were a few letters on a piece of paper called constitution. It was just a gimmick!" he wrote. "Here in the United States the Constitution still counts for something...let’s make it count, lest it will become just a piece of paper!"

The pastor said he believes his church set an example for others by taking extra precautions to hold Sunday's service, from hiring a professional sanitization company to providing masks and observing social distancing guidelines set by the Centers of Disease Control and Prevention.

"They look to the medical professionals and economists for guidance on how to reopen the economy," Ionescu said. "It’s time to consult with us on how to reopen church public services, not sending down absurd decrees that show ignorance and indifference!"

Meanwhile, Northwest Bible Baptist Church in Elgin, represented by First Liberty Institute, sent a letter to the governor informing him they plan to hold in-person services Sunday, May 17. Pritzker responded at a press conference saying it may be more than a year before churches can meet and he chastised pastors who plan to defy his order.

Jeremy Dys, First Liberty lawyer, told FOX 32 that Pritzker's order is "clear discrimination," adding, "What's important to remember for the governor and for every Illinoian is the Constitution has not taken the day off. It is still in full force and effect, and these religious exercise rights, it is a free exercise of religion, not a suggestion."

Churches in the state will not be able to have more than 50 people, according to the governor’s “Restore Illinois” plan, until the last phase, when a “vaccine or highly effective treatment widely available or the elimination of any new cases over a sustained period.”

Pritzker defended his plan Sunday on CNN's "State of the Union" on Sunday, saying, "We all are going to have to change the way we do things until we’re able to eradicate it.”

The week prior, a U.S. district judge ruled that the Democratic governor's stay-at-home orders were constitutional after a The Beloved Church of Lena, represented by the Thomas More Society, filed a complaint to hold services.