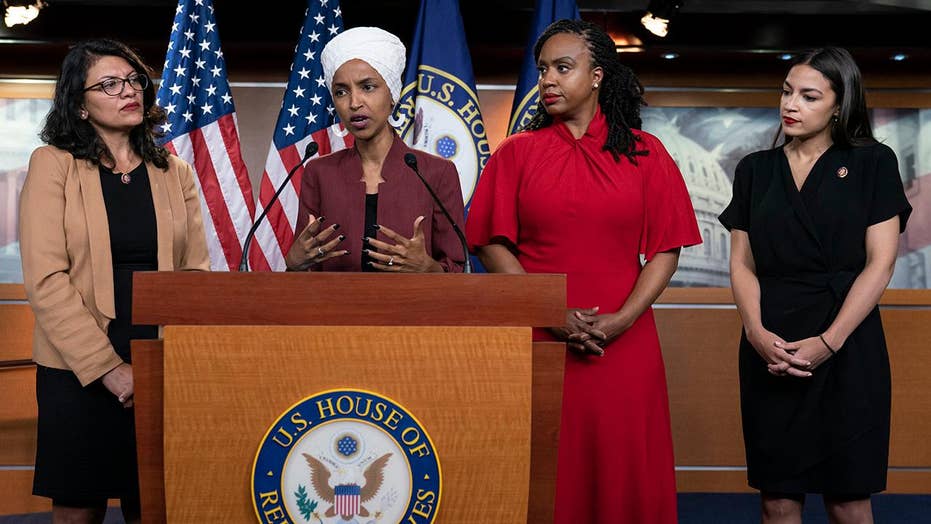 What impact would Trump's feud with the 'Squad' have on 2020?

Trump distances himself from 'send her back' chants; panel reaction and analysis from 'The Story.'

Fox News has learned that threats have not increased for them this week.

Security officials want to make sure each office is aware of the security options available to them on Capitol Hill. Security officials also work with local law enforcement to help secure events in their districts or elsewhere. Offices are asked to provide security officials itineraries and information about public appearances when there may be concerns about safety.

Capitol security officials are also now looking at ways to enhance security in the field for lawmakers who feel they are at risk.

Some lawmakers -- not necessarily the aforementioned squad - have increasingly hired private security to augment their safety.

The threat assessment regarding members of the squad, who have recently clashed with President Trump, remains low compared to some other lawmakers.

One source told Fox News that even though the four had been in the news a great deal, they were still low-profile, freshman members.

Some lawmakers' significant others are more worried about safety than the lawmakers themselves.

There is concern in the security ranks that if the U.S. Capitol Police (USCP) responds to the “noise” surrounding the squad, it may actually miss more bona fide threats against other lawmakers.

Moreover, there are worries that if congressional officials start bolstering security for one group of lawmakers, others may demand similar arrangements. The USCP and the House/Senate sergeants at arms simply don’t have the budget to assign protective details to large swaths of lawmakers.

In fiscal year 2018, Sund said the USCP dealt with 4,894 threats against lawmakers. USCP is now at 2,502 for this year. Sund argued that at this rate, the number of threats will “break last year’s” mark.

Sund noted that there is a lower number of “credible” threats which USCP actually investigate.