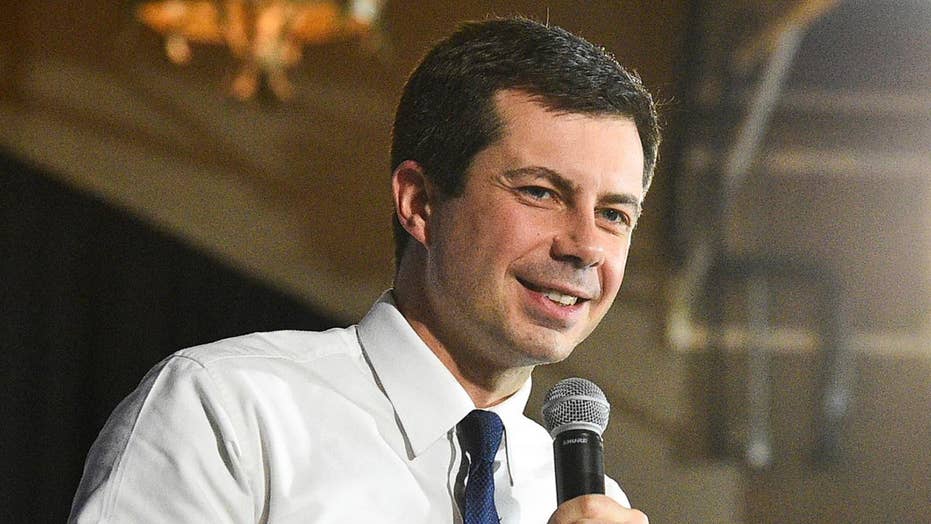 Democrats falling out of love with Pete Buttigieg

Democratic presidential candidate Pete Buttigieg on Sunday unveiled an immigration plan that he says will reprioritize the nation’s deportation efforts with the goal of cracking down on criminals and protecting otherwise law-abiding illegal immigrants.

“Our immigration enforcement system is not working,” Buttigieg wrote. “Current enforcement practices not only terrorize communities but also make all of us less safe by pulling resources away from genuine public safety concerns. The net result is harmful to communities and corrodes what should be the mission and focus of enforcement officers.”

Buttigieg plans to implement an executive order to prioritize enforcement on undocumented immigrants who are a “genuine public safety threat.” A Buttigieg administration also would pursue deportations for those who have just entered the country and have no claim of asylum.

The South Bend, Ind., mayor wrote that this “targeted and effective” approach will “assure law-abiding people who pose no public safety risk that they have nothing to fear from our government.”

Immigration enforcement has been a linchpin of Donald Trump's presidency, with his administraion ordering mass deportation roundups across the country earlier this year.

The same week he launched his 2020 reelection campaign in June, Trump announced a weekend of Immigration and Customs Enforcement (ICE) raids by tweeting that the agency “will begin the process of removing the millions of illegal aliens who have illicitly found their way into the United States.”

Trump has deported 282,242 people in the fiscal year 2019, according to the Department of Homeland Security. Deportations, however, were higher under his predecessor, Barack Obama, who was labeled the “deporter-in-chief” by critics. According to DHS data, Obama removed more than 2 million illegal immigrants during his tenure.

Buttigieg also proposed updating the list of offenses that can prompt deportation, calling the current list “extensive, outdated, overly harsh, and inconsistent with criminal justice reforms.” Under his presidency, drug offenses and misdemeanors would not result in deportation. He plans to apply this rule retroactively to free the fear of deportation from those who have committed the low-level offenses.

Buttigieg vowed to end the 287 (g) agreement, which allowed local and state police departments to perform the functions of federal immigration officers. The move would “help establish trust between police and their communities,” he wrote.

He also plans to “reinstate and reinforce prohibitions against immigration enforcement near sensitive locations such as schools, health facilities, places of worship, and courts.”

In order to protect the nation’s southern border and decrease the number of illegal crossings, Buttigieg said he would invest in “smart border technology” that is estimated to cost between $1 billion and $2 billion. He slammed Trump’s proposed border wall as “astronomically expensive and ineffective.”

Buttigieg also wants to make immigration court-independent, stripping control from the attorney general, which he said has led to “greater politicization, to the detriment of immigrants’ rights and lives.”

“This system will guarantee immigration judges full procedural power and ensure that all immigrants receive due process and timely resolution in their cases,” Buttigieg wrote.

“This system will guarantee immigration judges full procedural power and ensure that all immigrants receive due process and timely resolution in their cases.”

A campaign spokesperson told Fox News that Buttigieg understands that “immigration is not exclusively a border issue,” adding that immigrants “power our nation's economy and contribute to the success of cities across our country, cities like South Bend.”

Buttigieg plans to unlock the economic potential of immigrants. He vowed to “modernize our employment-based visa system” by reviewing it every two years to change the number of visas allotted to immigrants if the economy requires more workers.

“This process will make our immigration system more adaptable, evidence-based, and competitive. It will be informed by labor market needs, engagement with immigrant and other stakeholders, and analysis of domestic and global trends,” Buttigieg wrote.

“This process will make our immigration system more adaptable, evidence-based, and competitive. It will be informed by labor market needs, engagement with immigrant and other stakeholders, and analysis of domestic and global trends.”

Buttigieg said this will fix the backlogged system that prevents many from gaining access to the United States.

Temporary work visas won’t be tied to a single employer under a Buttigieg presidency, giving immigrants the freedom to move to a different employer within the same industry.

His Community Renewal Visa program would place immigrants in rural communities to supplement population loss and spur economic growth. If the immigrant remains in that community, they would be eligible for an expedited green card.

He also plans to address the nation’s 11 million illegal immigrants.

“Undocumented people are our neighbors who raise families and pay taxes; share our workplaces and schools; pray in churches, synagogues, and mosques; and are Americans in every way except one — they are not citizens and have no pathway to citizenship,” he wrote.

Within the first 100 days of his presidency, Buttigieg promises he would push legislation to create that pathway to citizenship.

The immigration plan also calls for eliminating the Trump travel ban and raising the cap on refugees.