Mayor Pete Buttigieg: What to know

Pete Buttigieg has gone from long shot to legitimate contender in a matter of weeks.

From large crowds on the campaign trail to buzz on social media to an explosion of coverage by the political press and a bump in the polls, the 37-year-old South Bend, Indiana mayor is a candidate on the rise.

For Buttigieg, an Afghanistan War veteran who would become the nation’s first openly gay president if he makes it to the White House, the nascent wave of coverage, interest and support is allowing him to raise the bar when it comes to expectations and to build a much more robust campaign operation.

He touted that “I think we’ll be able to compete” with rivals for the nomination who enjoy much higher name recognition and much larger fundraising figures.

To be clear, he's by no means a front-runner. Bernie Sanders and Joe Biden, who is not yet a candidate, dominate the polls at this early stage. But he's on the move, capturing that elusive and intangible vibe known as momentum. A Quinnipiac national poll released Thursday showed him with 4 percent -- not much, but tied for fifth with political juggernaut Sen. Elizabeth Warren and ranking above big names like Sen. Cory Booker.

'I think we’ll be able to compete.'

Whether the attention is fleeting or foreshadowing, the candidate has plans. He hinted that “we think we’re going to have an approach on digital campaigning that will be pretty new and pretty fresh.”

Buttigieg said he started noticing the larger crowds and increased buzz during a campaign swing in the first-in-the-nation-presidential primary state of New Hampshire in early March.

“Actually, the first time I tasted it was in Portsmouth,” he recollected. “It was a Friday evening and we came over for what I thought was going to be a meet and greet in a bar, and it felt more like rally when we got there. That was just the beginning.” 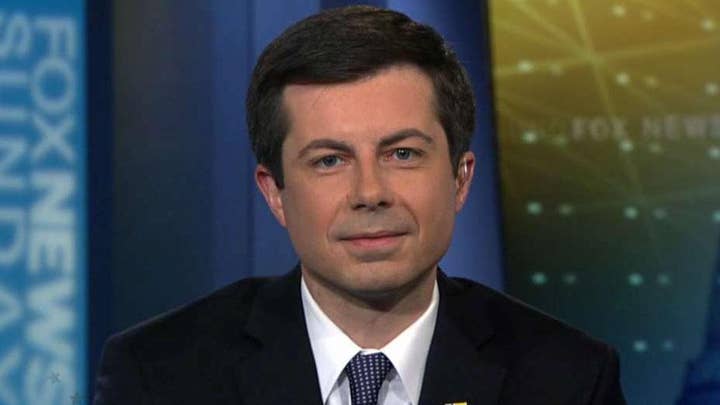 “Once the CNN town hall happened, it felt like a step change in the level of energy and interest in what we’re doing,” he shared.

“I went from making phone calls and going in front of groups and introducing myself and explaining how to pronounce my name to encountering people who really take an interest in what we’re doing and building support that way,” Buttigieg added.

Pointing to a recent swing through South Carolina – which holds the first southern primary – he highlighted that “we did events in Rock Hill, Columbia, and Greenville, and everyone was just packed. It’s early but it’s encouraging.”

So what’s feeding this frenzy?

With many of the 15 current contenders for the Democratic nomination quite close when it comes to their stances -- Buttigieg, too, supports the Green New Deal, "Medicare for all," scrapping the Electoral College and increasing the number of justices on the Supreme Court -- Buttigieg suggested that “tone and messenger are going to be really important in this cycle.” 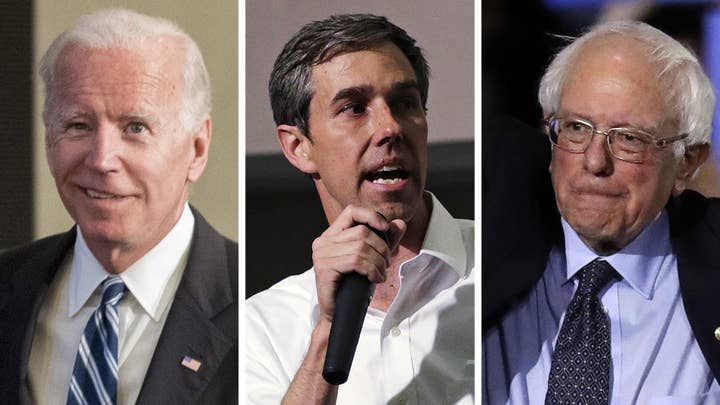 “Something like 80 percent of our policy positions are actually going to converge. So a lot of it will be what kind of standing do you have to talk about these issues,” he added.

He also pointed to his resume – the mayor of a smaller sized industrial city in the Midwest, as well as his military background: “I think that’s enabled me to reach people in a different way with our message.”

The recent exposure has opened the floodgates when it comes to campaign cash.

Buttigieg spokeswoman and senior adviser Lis Smith told Fox News the campaign hauled in more than $600,000 in the 24 hours after the town hall. She added they quickly raised more than $1 million through two ensuing fundraising pledges.

Buttigieg spotlighted that “we certainly raised the bar from our initial expectations. It’s exciting.”

Pointing to some of his rivals who are sitting senators, he said: “I obviously don’t have the kind of gilded fundraising base that I might have if I were – say – a senator from Florida.” 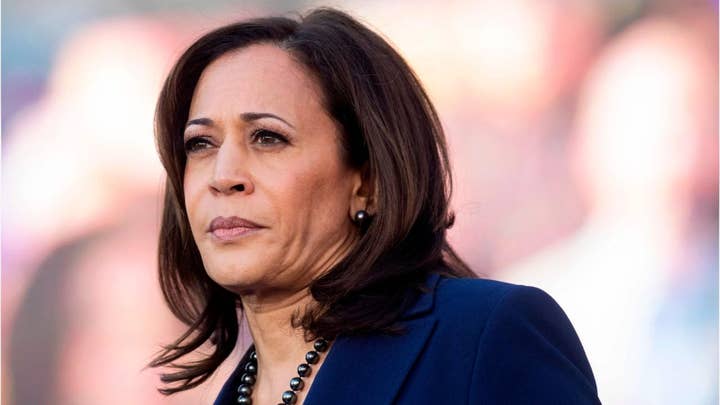 But he touted that “we’re definitely making inroads in new places and I think we’ll be able to compete. We won’t be rolling in cash at the top of the list but we’ll be in a position to build out the organization that we need to.”

The infusion of money is allowing Buttigieg to beef up his organization.

At the top of the to-do list is staffing up in the four early voting primary and caucus states, as well as building “a robust finance operation” and increasing “our policy process beyond the great help we’ve been getting.” The campaign currently has just over 20 people on staff, which Smith said could soon double in size. She added that they’ve been flooded with resumes. And they’re moving their small campaign headquarters in South Bend to a larger facility.

At the same time, Buttigieg's higher profile has put him on Republicans' radar, with the GOP dismissing the mayor as quick to embrace "radical" ideas.

“From packing the Supreme Court, to implementing the Green New Deal and abolishing the Electoral College, Pete Buttigieg hasn’t met a radical idea he hasn’t endorsed. Despite being a Midwestern Mayor, Pete Buttigieg has quickly embraced the ideals of far-left Democrats that would raise taxes on Granite Staters, expand government and diminish the Constitution,” RNC spokesperson Mandi Merritt told Fox News.

Buttigieg, meanwhile, said the recent surge in attention isn’t going to his head.

“I was at the airport the other day and as I made my way to the gate, four people came up to me and that’s a first,” he shared. “But a good 400 people did not come up to me.”

“Every time you think you’re penetrating all over the place and you start believing your own hype, you’ve got to remember that 90 percent of people haven’t tuned into this process at all,” he cautioned. “And among those who have, there’s still a majority who haven’t heard my message yet.”

Buttigieg launched a presidential exploratory committee in January but has yet to formally declare his candidacy for the White House.

“The more nationally famous you are, the more wealthy you are, the sooner you can flip from exploratory to full blown; for us there’s more of a process here,” he explained. “I will say more and more of those pieces that we needed have come into place.”

Buttigieg predicted that “we’ll be ready to do something, I think, pretty soon.”