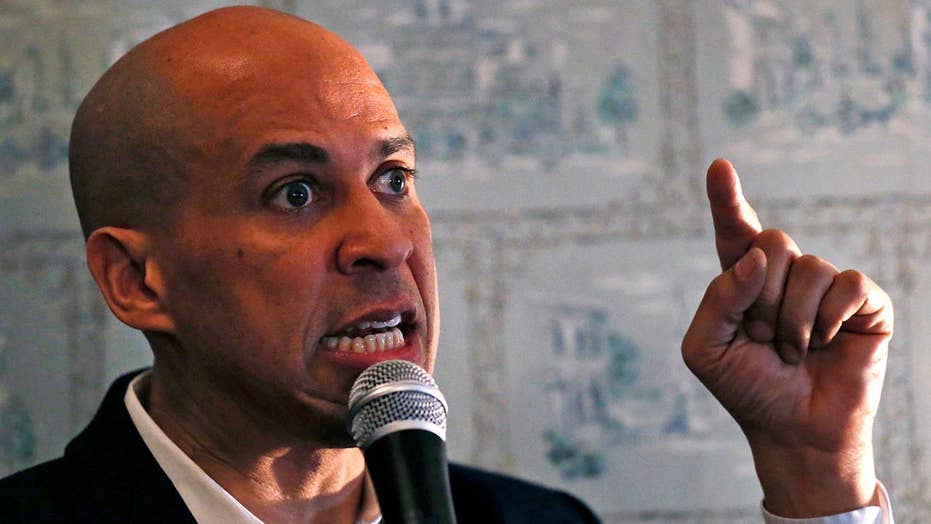 The Democrat from New Jersey announced on Friday that he’ll hold a hometown kickoff in downtown Newark on Saturday, April 13. Booker served as the mayor of the Garden State’s largest city for two terms before winning his Senate seat in 2013.

Booker declared his candidacy for the White House in February, but as is often the practice, an official presidential campaign announcement is followed by formal kickoff event at a later date. The practice allows a candidate to grab extra media attention and hopefully build more excitement among supporters.

The event in Newark is the first in a two-week cross-country tour that Booker’s campaign said will be used “to highlight his message of reigniting our sense of common purpose to build a more just country for the American people.”

Preaching the politics of love has been a major theme for Booker on the campaign trail as he bids for the Democratic nomination.

“The only way to beat hate is not bringing more hate. It's by bringing love and hope and uniting people to solve the persistent injustices in our country,” Booker explained at a town hall this week in South Carolina, the state that holds the first southern primary in the race for the White House.

The hometown kickoff and ensuing national tour may help Booker try to stand out in a crowded field of 2020 Democrats.

He polled in the low single digits in the most recent national public opinion polls in the Democratic nomination race. Booker registered at 2 percent in a Quinnipiac survey released Thursday and at 4 percent in a Fox News poll released this past weekend