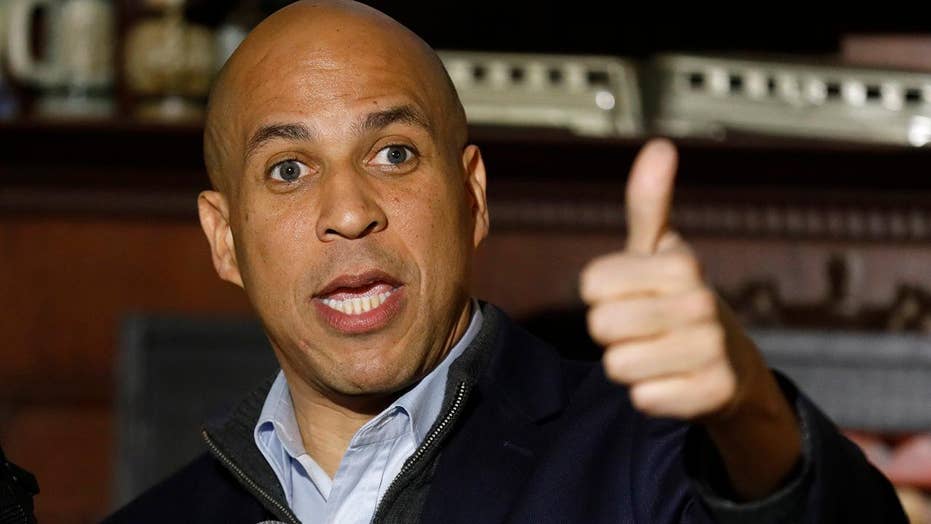 The Democratic presidential hopeful who once likened himself to "Spartacus" is now vowing to battle the National Rifle Association.

Sen. Cory Booker, D-N.J., in a town hall event that aired on CNN Wednesday, made the declaration in response to a North Carolina’s woman’s question about what he would do to ensure the safety and freedoms of Americans who “have to live each day in fear of gun violence in schools, places of worship, concerts, and even from law enforcement.”

“I am tired of going to funerals where parents are burying their children and so I am gonna bring a fight – we are gonna bring a fight like the NRA has never seen if they’re going to defend corporate gun manufacturers more than represent us people,” Booker told the cheering crowd.

“We are going to bring that fight on every level necessary. I’m a guy that has taken on tough fights before and won them, and this is one that we are gonna win, together.”

CORY BOOKER DENIES HE'S A SOCIALIST, SAYS HE WOULDN'T PARDON TRUMP IF HE WERE PRESIDENT

Booker added that he thinks he is the “only person in this race that has had shootings on their block.”

“This is very personal to so many of us,” he said. “Me, because I’m a black man, and black males are six percent of the nation’s population. But they make up the majority of homicide victims in this country.”

Booker also accused the NRA of not representing its members and instead being more interested in loopholes that allow people of differing criminal backgrounds to purchase firearms.

Fox News has put in a request to the NRA for comment.