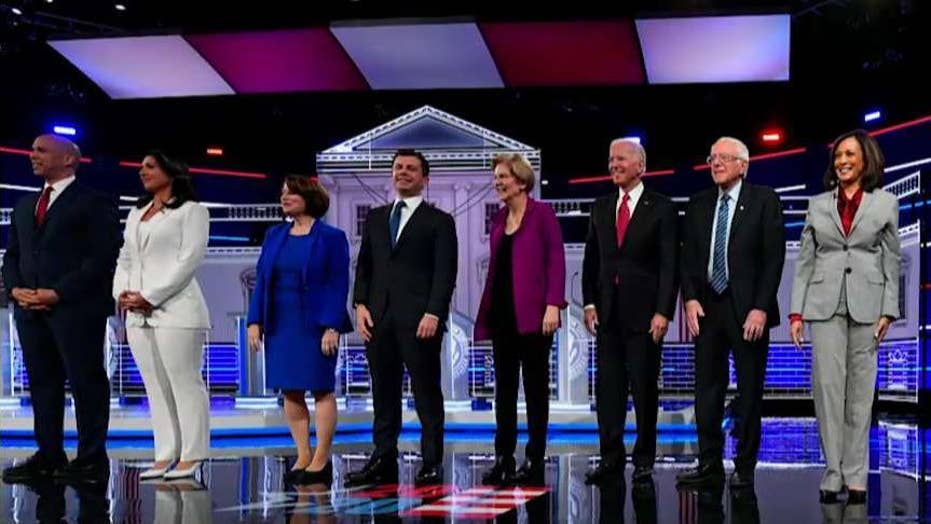 Their criticism follows California Sen. Kamala Harris’ withdrawal from the 2020 presidential race Tuesday, leaving only white candidates who will qualify for the next Democratic debate.

Both Booker and Castro increased their fundraising after Harris’ departure, but they are unlikely to reach the 4 percent threshold in four approved polls before the Dec. 19 debate in Los Angeles -- a requirement in order to participate in the debate.

Speaking to supporters at a campaign stop in Des Moines on Thursday, Booker accused the DNC of undermining the party’s values.

“It’s really unfortunate that the party that’s seeking justice and fairness and inclusion, has created a set of rules that can be undermined so easily,” Booker said.

In an email to Politico, Castro lamented the lack of diversity in the candidates “who have met the DNC’s requirements to qualify for the next debate.”

“This process needs to be fixed,” he said.

The DNC has defended its rules, pointing out that the 2020 campaign has “been the most inclusive debate process with more women and candidates of color participating in more debates than billionaires.”

To qualify for the Dec. 19 debate in Los Angeles, candidates must have 200,000 unique donors and at least 4 percent support in four approved polls.

Hinojosa said that no candidate who has not met this requirement at this point in the campaign has gone on to be the nominee.