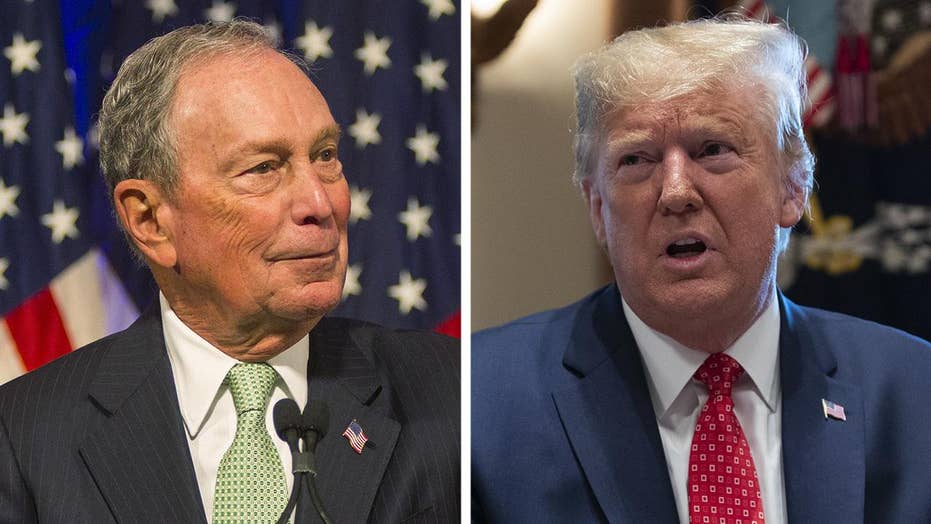 Battle of the billionaires: Bloomberg bashes Trump after campaign announcement

Former New York City Mayor Michael Bloomberg officially jumps into the 2020 race and wasting no time going after President Trump; reaction and analysis on 'The Five.'

Former New York City Mayor Michael Bloomberg said Thursday that President Trump “accepts” the scourge of gun violence that has plagued the United States in recent decades, as he rolled out his own gun control platform.

Speaking during a campaign stop in Aurora, Colo., where the newly-entered Democratic presidential candidate met with survivors of gun violence just a block away from the movie theater where a gunman killed 12 people in 2012, Bloomberg lambasted Trump for failing to curb gun violence in the country while touting his presidential campaign’s new gun control policy.

“Donald Trump seems to accept this violence and pain,” Bloomberg said. “My God, there has to be something we can do.”

Bloomberg, who recently announced his campaign to seek the 2020 Democratic presidential nomination, is calling for a ban on all assault weapons, mandatory permits for gun purchasers and a new position in the White House to coordinate gun violence prevention.

“I’ve been all-in on the fight against gun violence for 15 years, and I’m just getting started,” Bloomberg said. “As president, I will work to end the gun violence epidemic once and for all." 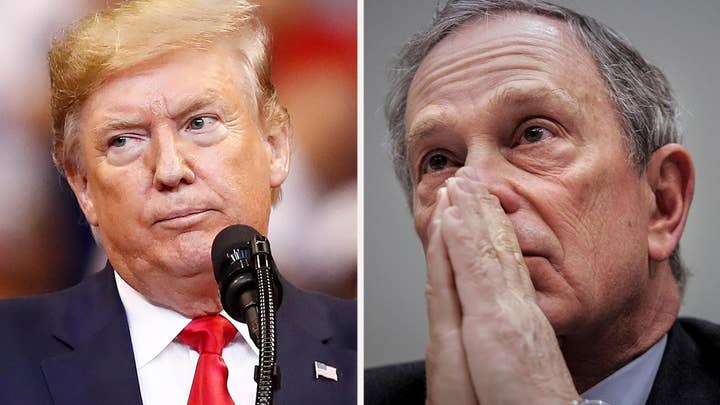 Gun violence has quickly emerged as a core issue for his presidential bid, as it has been for his political and philanthropic efforts for much of the last decade.

Bloomberg is well-known to gun control advocates in Colorado and across the country, where he's funneled tens of millions of dollars from his personal fortune to help like-minded candidates while creating and supporting gun control groups such as Mayors Against Illegal Guns and Moms Demand Action.

The 77-year-old New Yorker outlined his plan to combat gun violence before an invitation-only audience in the shadow of the movie theater in Aurora where 12 people were killed and nearly 60 others were wounded when a gunman opened fire inside in 2012. The speaking lineup included Democratic state Rep. Tom Sullivan, whose son was killed in the attack. 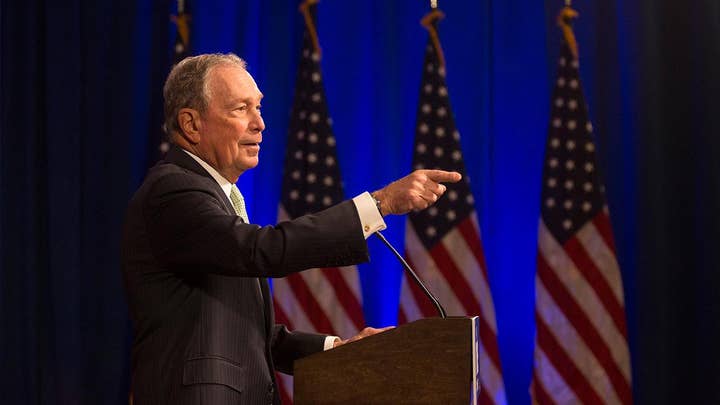 The policies Bloomberg outlined Thursday largely mirror those he fought for on the state and federal levels in recent years, though it's the first time he's released his specific prescription for gun violence as a presidential candidate.

"Mike’s plan will treat the gun violence crisis like a true national emergency," a policy proposal released by his campaign stated. "Mike knows the Second Amendment right to self-defense goes hand-in-hand with strong, commonsense gun laws, and his platform is consistent with the country’s hunting and shooting sports traditions."