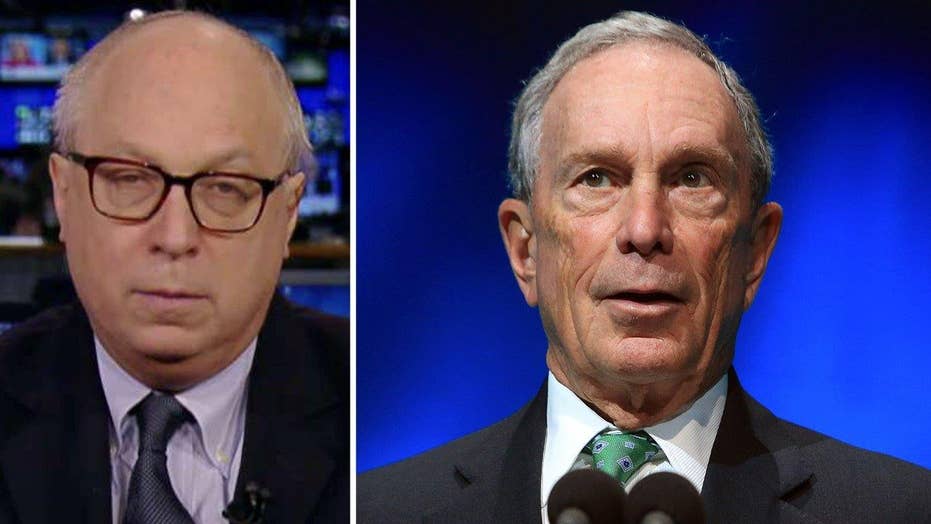 Bloomberg adviser: I'm sad that he made this decision

Bloomberg, a billionaire businessman, had since January been considering a run as an Independent Party candidate.

In an open letter Monday titled “The Risk I Will Not Take,” Bloomberg argued the country still needs a presidential candidate who can solve problems such as a fading U.S. economy and diminished power on the world stage but that the deadlines to qualify on state ballots is expiring.

“Wage stagnation at home and our declining influence abroad have left Americans angry and frustrated,” he wrote. “Yet Washington, D.C., offers nothing but gridlock and partisan finger-pointing. Worse, the current presidential candidates are offering scapegoats instead of solutions.

“Over the last several months, many Americans have urged me to run for president as an independent, and some who don't like the current candidates have said it is my patriotic duty to do so. I appreciate their appeals, and I have given the question serious consideration. The deadline to answer it is now, because of ballot access requirements.”

A Bloomberg candidacy would have been a game-changer in the 2016 race, especially if he indeed would spend the $1 billion of his own cash that sources said he would, many political observers said.

In the letter, Bloomberg -- a Democrat, then a Republican before switching to the Independent Party -- was critical of the 2016 candidates in both major parties, but singled out by name GOP frontrunner Donald Trump and rival Texas GOP Sen. Ted Cruz.

He said Trump “appeals to our worst impulses.”

Bloomberg was expected to make a decision in March about whether he would run.

“When I look at the data, it's clear to me that if I entered the race, I could not win,” he wrote in the letter. “In a three-way race, it's unlikely any candidate would win a majority of electoral votes, and then the power to choose the president would be taken out of the hands of the American people and thrown to Congress.”